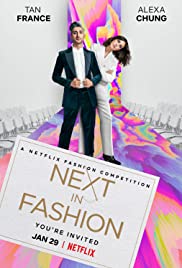 Netflix Show: “Next in Fashion”

Yet another fashion competition show! I have an obsession, and the continuous quarantining/social distancing isn’t doing anything to help me break out of these habits. I’m not sure how I missed this show when it came out on Netflix earlier in the year, but I sure was pleased when I discovered its existences. And as much as I love Heidi Klum and Tim Gunn, I’m pretty sure this managed to make a much more enjoyable viewing experience on a tiny percentage of the budget. It’s much more humorous, down-to-earth and approachable to regular viewers. The hosts are hilarious and don’t take themselves too seriously, and it’s easy to become attached to the contestants. I was also really pleased with the winner of this first season, so that’s always a bonus!

I’ve finally gotten my husband to watch (re-watch for me) all of “Supernatural.” All 15 seasons of it. But with that much of one show to binge, we also have evenings where we definitely need a break. So, when browsing Amazon Prime, one night we discovered this movie. I had remembered a lot of people raving about it last fall, but never got around to watching it myself. We went in thinking it was a comedy, which in some ways it was, but more just of wacky/quirky storytelling sort. Instead what we mostly found was a very suspenseful murder mystery. I was so tense throughout this entire thing! But I still enjoyed the heck out of it, and with its star-studded cast and story full of twists and surprises, it’s definitely one to check out if you haven’t already!

TV Show: “Legend of the Seeker”

This show came out several years ago and only ran for two seasons. I think it was a bit ahead of its time for trying to adapt a classic fantasy  book series (Terry Goodkind’s “Sword of Truth” series) into a TV series and was definitely still adhering to the Sci Fi Channel standard where fantasies can’t be taken too seriously and must always contain an element of cheese. But I still really enjoyed it and it’s a nice show to return to during stressful times. It has a good mixture of drama, comedy and high fantasy. Plus, it has a lovely romance at its heart that comes to a satisfying conclusion after its two seasons conclude. Not to mention, the leading man isn’t bad to look at though I wish they had just let him use his native Australian accent since the American one can be a bit strained at times.

So even though I’m sure it would have been right up my childhood and teenage years alley, I never really watched the original “Unsolved Mysteries” when it was on the air. I’m sure my parents knew that my anxious nature couldn’t handle it. But I ended up seeing episodes through re-runs and streaming as an adult, and when I found out that Netflix was rebooting it I was THRILLED! The basic premise of the show is still there, covering strange cases of unexplained deaths, missing people, and the otherworldly, but now it has taken out some of the cheesier elements and has one main focus per episode. There are only six episodes thus far, and who knows when they’ll add more given COVID-19, but the new “Unsolved Mysteries” hits exactly where I want it to. Even if there is no Robert Stack this time around. 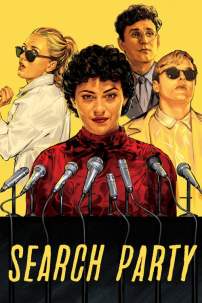 Oh how long I waited for “Search Party” to come back! I was worried that it wasn’t going to happen, as it had been a couple of years since Season 2 ended on a cliffhanger, where our protagonist Dory (Alia Shawkat) was arrested for the murder of her former lover Keith… right after she had killed April, a woman who was blackmailing her about Keith’s murder. So when HBO Max picked up the show and dropped all of Season 3 at once, I binged binged BINGED. “Search Party” is still awkward, funny, and dark as hell, and the best thing about it is that we’ve been able to watch Dory transform over the seasons, from meek and aimless millennial…. to full on villain. John Early’s Elliot is still my favorite as he remains his shallow, overdramatic self, but it’s Dory’s attorney Cassidy, played by Shalita Grant, who brings a fun new dynamic to the series as another shallow hipster… but with ethics and a moral center nevertheless. Can’t wait to see what happens in Season 4, as it ended on another cliffhanger. 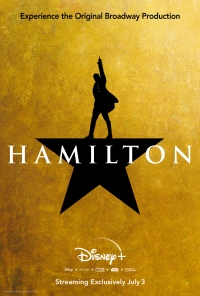 We were those people who finally stopped waffling about getting Disney+ specifically because of “Hamilton” dropping on it. While I saw the stage show when it came to Minnesota a couple years ago, both my husband and I were very excited to see the original Broadway cast in all their glory performing for streamers everywhere. While it’s true that “Hamilton” isn’t completely historically accurate, and that creator Lin Manuel Miranda took some liberties here and there, it cannot be denied that this show is a once in a generation powerhouse of creative genius. And frankly, during this time where so much seems hopeless and despairing, having a fluffy pick me up can be really helpful. Suffice to say, we greatly enjoyed watching it on July 4th weekend.