Well, the hot, humid weather can definitely confirm that summer has arrived, even if it doesn’t look like a typical Minnesota summer. And while we can’t do all of the fun things we usually do (we’re definitely both still in mourning over the cancellation of the ALA convention at the end of June), it’s still been nice to have some backyard, socially distanced meet-ups. The babies are a bit less understanding about the space requirements, but I guess we can give them a pass. And, of course, the hot weather means plenty of excuses to read outside under a tree! Here are a few of the books we’re looking forward to this month!

Why I’m Interested: Well, for the obvious reason, Kate Elliot is one of my short-list authors whose books I just automatically put on my “to read” list with very little further investigation into what the book’s actually about. But then the blurb for this one is “gender swapped Alexander the Great in space!” and…yeah…sign me up! What a weird, cool concept! It puts me in mind of “As I Darken,” the gender-swapped Vlad the Impaler story. But this one takes it a step further even by placing the story in a sci-fi setting. It’s also been quite a while since I’ve read a good space opera, so I’m super excited to check this one out! 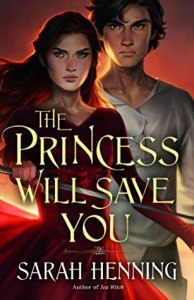 Book: “The Princess Will Save You” by Sarah Henning

Why I’m Interested: Princesses. Stable Boys. True Love. Sound familiar? And while not connected officially in any way to “The Princess Bride,” this book definitely sounds like a reimagined version in which the princess does the saving of the captured farm boy rather than the other way around. When Princess Amarande comes of age, she must either marry a prince of the realm or lose her role as the future queen. But never one to sit back and let others decide her future, and with her actual love kidnapped to boot, Amarande sets off on a quest full of adventure and excitement. I also really like this cover. It’s definitely not of the sort you typically see, so it stands out great! 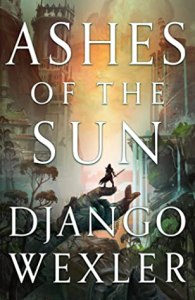 Book: “Ashes of the Sun” by Django Wexler

Why I’m Interested: I’ve read Wexler’s work in the past, but this year seems to be the year that I really discovered him. After blowing through the first two books in his new YA trilogy, I was super excited to see that he had yet another new book coming out this summer. And a new beginning to a series none the less! In what seems to be a sort of post-apocalyptic fantasy world, the feature jumps between two siblings that find themselves growing up on opposite sides of a brewing conflict. One, raised as a warrior in an elite group tasked with protecting the realm. And the other making his way through the underbelly of the world, looking for ways to bring much needed freedom to the common people. I’m really excited for this one, and you’ll be hearing more about it soon!

Why I’m Interested: Perhaps I’m foolish to be picking up a book about a mysterious virus that is ravaging the population during a global pandemic. But it’s Paul Tremblay, guys, so what choice do I have? When a strange accelerated strain of a rabies-like virus has started making people sick and dangerous, friends Ramola and Natalie are trying to stay calm. But when pregnant Natalie’s husband is killed and she is bitten, she seeks out doctor Ramola in hopes that they can get her to a hospital and get her a vaccine before she is overtaken. They have to maneuver through a landscape of sick people, broken down infrastructure, right wing reactionaries, and other dangers in hopes of saving Natalie and her baby. Given how Tremblay can bring the tears with the scares, one can probably guess that this will be both terrifying and emotional. Bring it. 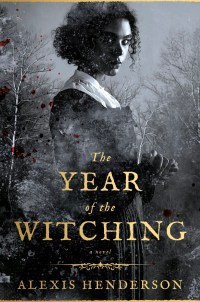 Book: “The Year of the Witching” by Alexis Henderson

Why I’m Interested: Bring on all the stories of witchcraft! Bring on all the stories of oppressed women rising up against their oppressors! And if you combine those two things, BRING IT ON EVEN MORE! “The Year of the Witching” is about Immanuelle, a girl living in the zealous community of Bethel where the Prophet is in charge and you best follow his word. Immanuelle’s mother and father learned that the hard way, her father being burnt alive and her mother running to the Darkwood, where witches are said to tread, only to return in time to give birth, and then pass away. What Immanuelle doesn’t know is that she has a dark power in her blood, and that the Darkwood may have secrets that could be deadly… but could also lead to her liberation. A feminist witchcraft tale AND a story with a Black girl as a witch, sometime we don’t see nearly often enough? You know this is a book I have high on my list.

Why I’m Interested: Strange missing person stories where someone seemingly vanishes into thin air both scare the hell out of me and also deeply intrigue me. Jon Billman wrote an article for Outside Magazine about people who go missing on public lands, and then expanded this into an entire book. Thus, “The Cold Vanish” ended up on my reading list. Billman explores various missing persons cases involving public lands in North America, and looks into the circumstances in which a person could disappear, the people who are left behind, and the difficulty of not only having to look for someone in a dense and vast nature, but also having to contend with little to no help from those who have control over said lands.

What books are you looking forward to this month?