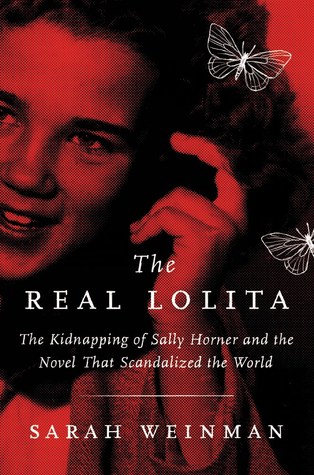 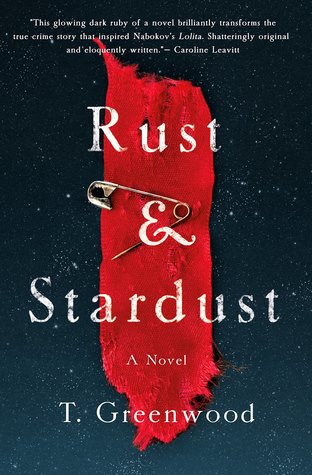 Books: “The Real Lolita: The Kidnapping of Sally Horner and the Novel that Scandalized The World” by Sarah Weinman; “Rust & Stardust” by T. Greenwood

Where Did I Get These Books: The library; I was sent an ARC from the publisher

Book Descriptions: Vladimir Nabokov’s Lolita is one of the most beloved and notorious novels of all time. And yet very few of its readers know that the subject of the novel was inspired by a real-life case: the 1948 abduction of eleven-year-old Sally Horner.

Weaving together suspenseful crime narrative, cultural and social history, and literary investigation, The Real Lolita tells Sally Horner’s full story for the very first time. Drawing upon extensive investigations, legal documents, public records, and interviews with remaining relatives, Sarah Weinman uncovers how much Nabokov knew of the Sally Horner case and the efforts he took to disguise that knowledge during the process of writing and publishing Lolita.

Sally Horner’s story echoes the stories of countless girls and women who never had the chance to speak for themselves. By diving deeper in the publication history of Lolita and restoring Sally to her rightful place in the lore of the novel’s creation, The Real Lolita casts a new light on the dark inspiration for a modern classic.

When 11 year-old Sally Horner steals a notebook from the local Woolworth’s, she has no way of knowing that 52 year-old Frank LaSalle, fresh out of prison, is watching her, preparing to make his move. Accosting her outside the store, Frank convinces Sally that he’s an FBI agent who can have her arrested in a minute—unless she does as he says.

This chilling novel traces the next two harrowing years as Frank mentally and physically assaults Sally while the two of them travel westward from Camden to San Jose, forever altering not only her life, but the lives of her family, friends, and those she meets along the way.

Review: I want to extend a special thank you to St. Martin’s Press for sending me an ARC of “Rust & Stardust”.

For someone who reads a whole lot for her profession and her pleasure, I have a pretty gaping hole in my literary experience when it comes to ‘the classics’. Between taking not so typical literature classes in high school and majoring in psychology, my exposure to classic books was limited, and while I’ve tried to pick up the pieces here and there I still have many left on the ‘theoretically to read’ list. So no, I have not read “Lolita” by Vladimir Nabokov, though the notoriety of the story means that I am pretty familiar with it as a whole. I’m in no rush to read it, not for any other reason than there are so many other books out there that interest me more. But when I got an ARC of the book “Rust & Stardust” by T. Greenwood, the fact that it was based on the very real story of Sally Horner, the girl who served as inspiration to Dolores Haze in Nabokov’s book, caught my attention. And then I heard that a nonfiction book about Sally Horner, called “The Real Lolita” by Sarah Weinman, was also soon to be available. So I decided to bide my time, and to read the two as a pair so that I could compare and contrast the two, which each tell the same story in very different ways.

And perhaps it’s implied, but just in case, I need to give some serious content warnings for both of these books. They do, after all, involve the kidnapping, rape, and abuse of a little girl.

“The Real Lolita” is a non fiction work that juxtaposes Sally Horner’s kidnapping at the hands of Frank La Salle with Vladimir Nabokov trying to write “Lolita”. Weinman surmises that Nabokov, who had been having stumbling block after literary stumbling block as he tried to write what would become his most famous work, heard the sensationalized news stories surrounding the case and used it in his work. Nabokov denied this again and again, but Weinman lays out the similarities between the two cases, and the timeline that he was working within and how it wa well within the highest media furor surrounding the case. It isn’t really a criticism of Nabokov’s decision to use this story as inspiration so much as it’s an indictment of him lifting a girl’s very real pain to profit from it without giving her any credit. I appreciated that she wasn’t going after the inspiration piece, because it isn’t uncommon for creatives to take inspiration from real life horrors and to make them into a fictional work. The issue is that Nabokov was too proud to admit that he in all probability did find inspiration in this trauma victim, which is deeply problematic in and of itself, and couldn’t be bothered to even acknowledge her pain and how successful of a novel it was. Her evidence is well researched and carefully laid out, and the details that she found regarding the Horner case and what her life was like before, during, and after the ordeal gives voice to a girl whose trauma was appropriated for a novel with the subject of her inspiration twisted and misinterpreted  into a nymph-like seductress (even if that wasn’t Nabokov’s intention). It’s a book that I had a hard time reading because of the awful manipulations and abuses La Salle did to Horner, though I appreciated how frank and ‘just the facts’ Weinman was because of the horrors of the case. I also liked that she wasn’t particularly fiery in her critiques of Nabokov, but that she simply presented the evidence as it was and let it speak for itself. Weinman’s book gives this girl a voice, a voice that wasn’t afforded to her in the moment, and that has been drowned out because of time and a novel that overshadowed it.

“Rust & Stardust” is also the Sally Horner story, but it has been adapted into a work of fiction. T. Greenwood  makes it very clear in a long author’s note that she approached this story through the eyes of a fiction author, but tried to keep a good number of the details, especially in regards to Sally’s experience, realistic and plausible. The prose flows neatly and succinctly, and while it is a longer book than “The Real Lolita” I found that it felt like a quicker read just because Greenwood paced it so well. The story is pretty much what you’d expect; Sally Horner is caught by Frank LaSalle as she’s stealing a notebook from the store, and what follows is the story of Sally’s kidnapping, captivity, and return, as well as the perspectives of those in her life during her absence. While it was definitely hard to read at times, Greenwood never made it feel lurid or exploitative. The emotions were there, but were able to remain untangled from bad taste. Greenwood also gave herself some creative plot leeway (though not in regards to Sally, which was good) so that she could highlight the problematic attitudes of the post-War American culture, specifically when it comes to abuse towards girls and women. Whenever someone would raise doubts about Sally’s relationship to Frank, almost every time they were told to be quiet because the very notion of bad intentions was disgusting and inappropriate. Frank is able to get away with his predation because the people around him and Sally don’t want to face that it’s happening. Which brings me back to the criticisms of “Lolita”, in that some people, be it Nabokov’s intent or not, have romanticized the story of Humbert Humbert and the ‘nymph’ he fixates on. Greenwood doesn’t give any leeway for that because the story is Sally’s, and those who care about her.

Reading “The Real Lolita” and “Rust & Stardust” has given me a larger picture of a tale I thought I knew, and in their own ways they tell the side that has been lost to time and literary critique and accolades. If you like “Lolita”, and even if you don’t like it, these books will give it more context, a context that it has probably always needed.

Ratings 8: Though the backstory to “Lolita” has been glossed over and outright ignored by some (and denied by others), “The Real Lolita” and “Rust & Stardust” strive to give Sally Horner the ability to tell her story.

“The Real Lolita” is included on the Goodreads lists “Women’s Lives”, and “Best Crime Books of 2018”.

“Rust & Stardust” is included on the Goodreads lists “#MeToo”.

Find “The Real Lolita” and “Rust & Stardust” at your library using WorldCat!