I just got done watching this movie yesterday, so it was quick to come to mind when thinking what to highlight this month in this post. I hadn’t even heard of this movie until, when browsing Netflix, my husband spotted it and mentioned that he had heard of it. Directed by Alfonso Cuaron, this movie was definitely different than much our typical watching-fare. It’s in black and white and is a foreign language film, detailing the life of Cleo, a young maid working for a wealthy family in Mexico City. The story is quiet, contemplative, and then will hit viewers with a bang at the most unexpected moments. It’s also a story of the strength of women and the complicated roles they can play in each others’ lives. It’s also definitely Oscar bait, but I still very much enjoyed it and strongly recommend it!

To follow that lofty note of true art, I also had a Saturday shift this month and got super bored. So what to do? Download “The Sims 3” and play it all day, of course! As a kid, I played the first two versions of “The Sims” pretty obsessively. We won’t get into the rather ridiculous and maybe even messed up things that my friends and I did with that game (…we MAY have created and proceeded to kill a bunch of Sims so that we could have a hundred tombstones in our cemetery…). And I think I might have played “Sims 3” at one point or another, but definitely not to the same level. So it was high time to get back into a quality time-waster such as this. What exactly is the true appeal of trying to re-create your actual life on a virtual platform, two pet cats and all? I’ll never know, but I sure as heck enjoyed it. 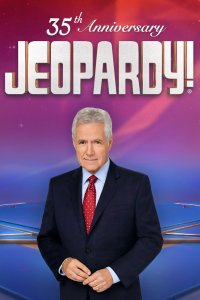 We don’t have TV, so we’re not one of those families who sit down and watch this nightly. No, we’re probably even worse: we’re the kind of family who, upon seeing that there are now seasons available on Netflix, spent the next week binging entire “Jeopardy!” championships. Yes, we have an exciting life, don’t get too jealous. But, in all seriousness, I’ve always enjoyed this show, so it was fun to find some of it available to stream. Kate and I are on a trivia team together, so she knows how bad I really am at trivia. But for some reason, the format and kinds of questions featured on “Jeopardy!” play better to my strengths. Though it’s still a fight to get an answer out before my husband, who is a trivia guru. We also had an exorbitant amount of fun choosing favorites and least favorites from among the tournament participants.

TV Show: “King of the Hill”

If you were to ask me what my favorite animated TV Show of all time is, I would absolutely say “King of the Hill”. It follows the various anecdotes from the daily lives of people living in a small Texas town called Arlen, with the main focus on Hank Hill and his wife Peggy and son Bobby. It’s understated and sardonic, with the kind of humor that is highly quotable while still staying firmly in reality. I have loved this show since it was on the air for it’s 13 Seasons, and when I saw that it was back to streaming on Hulu I was overjoyed. While I do love all the characters on this show, the biggest stand out for me is the paranoid and eccentric Dale Gribble, whose complete lack of chill is far too relatable (though John Redcorn is a very close second). This show has so much heart and is so timeless, and episodes from almost twenty years ago still resonate today. If there was ever a comfort show for me, this is it.

I have the fondest of memories of playing “Pokemon Blue” on my Gameboy back in high school. So when I found out that Nintendo was pretty much remaking it on The Switch, and this time you could start with Eevee if you so chose, I WAS SO EXCITED! “Let’s Go Eevee!” is pretty much a remake of “Pokemon Blue” (with “Let’s Go Pikachu” being “Pokemon Red”, which my husband got for himself), though it has added and tweaked some factors that make it a bit more immersive. You can play with your Eevee, you can have an additional Pokemon follow you around, so I of course picked Meowth, and you can see the unique personalities that each of your pokemon have. I was playing this game a lot during a stressful time this past month, and it really mellowed me out as I did so. If you have a Switch and have nostalgia for the original Pokemon games, “Let’s Go Eevee” and “Pikachu” should definitely end up on your list of games to check out.

My favorite show about a Jewish Comedienne in 1950s New York is back!! When we left Midge Maisel in the Season 1 finale, her soon to be ex husband Joel had discovered that she was doing stand up with him as the punch line. When we get back into her life, we see not only the fallout from that, but we also see how high her star has been rising. Rachel Brosnahan continues to shine as the charming Midge, though this time around he has a few more moments of poignancy when it comes to her complicated feelings for Joel. And Alex Borstein shows exactly why she won an Emmy for her portrayal of Susie, Midge’s curmudgeon of a manager and confidant. And let me tell you, the moment Midge and her family went to the Catskills for an extended vacation, my husband and I were basically shouting in glee at the blatant proud Jewishness on display. Pride, man. This show is still marvelous.