Occasionally we here at Library Ladies get an email asking for some Reader’s Advisory. Sometimes it’s a general ‘what should I read next?’, and sometimes it’s a specific genre or theme that the reader is asking for. We do our best to match the reader to some books that they may like based on the question they give us.

Given the socially divisive climate of our world today, I’m looking for books that expose me to perspectives (suburban white gal) different from my own. I’d like to start with American since that’s where I live, but would also like a few international perspectives. I have a good amount of fiction on my to-be-read list so I’d like to start with non fiction, but will also take fiction suggestions. In terms of content, I’m in the middle of the spectrum of traumatized-for-a-good-cause to Disney-movie. Thanks for your help!

-Emma Watson Should Be The Patron Saint of Book Club

First of all, brava for you seeking to stretch your reading experiences beyond what you usually may tackle. We’ll try to give you an array of reads that can fit your personal comfort spectrum. 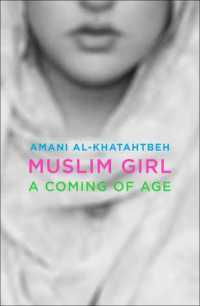 Book: “Muslim Girl: A Coming of Age” by Amani Al-Khatahtbeh

This is a memoir by Amani Al-Khatahtbeh, the founder of the website and blog Muslim Girl. She was a child living in New Jersey on 9/11, and experienced a backlash against her and her family because they are Muslim. They moved back to Jordan for a time to flee the Islamaphobia, and while there Al-Khatahtbeh had a personal and spiritual awakening she took with her back to the United States. This book talks about those experiences of being a Muslim child in a post-9/11 world in this country, and how she came to found her blog. It emphasizes her experiences, but also highlights her activism on speaking out for Muslim rights in this country. This is a pretty quick read at 134 pages, and it’s very enlightening.

Book: “In The Country We Love: My Family Divided” by Diane Guerrero

Diane Guerrero is probably best known for her characters on “Jane the Virgin” and “Orange is the New Black”, but she has also written a book about being the child of undocumented immigrants. When Guerrero, who was born in this country, was fourteen, her parents were arrested and deported back to Columbia. Guerrero was left alone in this country to live with family friends, but the trauma of losing her family deeply affected her. While this does talk a bit about her path to her acting career, the bulk of it deals with visiting her parents in detention centers, trying to get through school and life without her family, and the emotional issues she had in the aftermath of her parents deportation.

Book: “Between the World and Me” by Ta-Nehisi Coates

Written as a letter to his son, this collection of essays by Ta-Nehisi Coates is a powerful and incendiary examination of race in America. It covers the subjugation of African Americans in American history, form the days of chattel slavery, to systematic discrimination, to the deaths of African American males such as Trayvon Martin and Michael Brown at the hands of police officers. This work is both beautifully written and personal, as well as eye opening and a difficult read because of the deep injustice spoken of. It is framed as a number of letters to Coates’ son, which makes it all the more emotionally resonant and impactful. It charts dark truths of American history and society, and forces the reader to examine them.

Book: “The Immortal Life of Henrietta Lacks” by Rebecca Skloot

This book made the rounds on a bunch of “most read” lists back nearer its publication, but if you haven’t read it, it’s a definite go-to! This story details the history of race and medical experimentation, specifically the story of an amazing woman whose genes have been used for decades in all kinds of medical research from in vitro fertilization, cancer treatment, and vaccines. This is kind of a double-dose book as it features both race in America, as well as bio ethics and how much control people have on their own bodies. So if that’s a secondary subject that might be of interest, definitely check this one out!

This is a fiction suggestion! But it does cover a very unique time period and perspective in American history, the Japanese internment camps. It’s a beautiful story wrapped up in the memories of a community that is still dealing with its own rocky history with the happenings of WWII. It book also tells the tale of a bi-racial couple, a white boy and Japanese girl, falling in love during this time period. I don’t always love the “high literature” jargon that gets tossed around so much, but this is a book where the term “atmospheric” really does apply!

Book: “Custer Died for Your Sins: An Indian Manifesto” by Vine Deloria, Jr.

An older book, but a must-read for a take on Native American relations in the United States. For such a touch subject, the book is also surprisingly humorous in its detailing of such things as U.S. race relations, federal bureaucracies, Christian churches, and social scientists. Deloria tackles many deeply ironic subjects, like the romanticizing of Native American culture with regards to nature and social structures. Of course, this book is now nearly 50 years old, so some background/context reading could be helpful with some of the specific policies and cultural happenings, but it still makes most list for readers wanting a deeper look into Native American life in America.