The end of the year is upon us, and we are about to embark into 2017. Given that we both did a lot of reading this past year, and had a lot of opinions about what we read, we thought that we would reveal our top picks of the year this entire week! Today I’m finishing my countdown with my top 5 favorite books of the year!

Juliet Marillier is one of my absolute favorite authors, so it’s no surprise that any book published by her will most likely end up on a list like this. This year we had the final (what looks to be the final, at least) book in her “Blackthorn and Grim” trilogy. I’ve really enjoyed this whole series as it represent a combination of many of Marillier’s staples (lyrical writing, an Irish historical fantasy setting, romance/adventure) and mixes it with new aspects (two lead characters, both older, a healthy dash of mystery/suspense, and a much slower burn romance). While I’m sad that the series seems to be over, “Den of Wolves” was an excellent final chapter for Blackthorn and Grim.

Pick Number 4: “The Queen of Attolia” by Megan Whalen Turner

“The Queen of Attolia” Review

Many of the books I’ve already listed have been the final entry into a series, so this is perhaps a strange choice as it is the second book in an ongoing series (there have been two that followed it with a third on its way this spring). But this book was really a game changer for the series. “The Thief” was brilliant with its sudden reveal towards the end of the book, but that just set the bar all the higher for this book. How do you keep your series interesting when the cat’s out of the bag with regards to your protagonist’s brilliance? Further, Whalen Turner sets the stakes even high by attempting a complete 180 with the villain of the previous book, bringing to life the nuanced and complex inner-workings of the Attolia herself. This book highlights how to do YA political fantasy right.

This book caught me completely off guard. It had been on my list for a while, but honestly, whenever I looked at it I was put off my an uninspiring cover and rather confused book description. But man, this book was great. It’s lead characters were brilliant: Shara, a “Hermione Granger” like chatacter, and her “secretary,” Sigrund, a giant Viking of a man. The world-building was amazing and creative: a world full of complicated history regarding colonialism and religion. Philosophical musings! Witty mannerisms! It was great. It’s technically the first in a series, but can also be read as a stand alone. I have to admit, it was such a high that I’m still scared to pick up the second. Maybe in 2017… 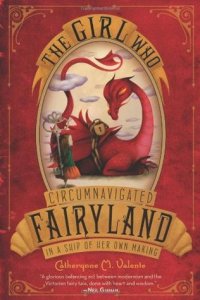 Look, I had to just include this whole series, other wise the entire list would have just been populated with individual entries for each, and no one wants that! The “Fairyland” series features some of the most beautiful, creative writing that I have read in…maybe forever. It’s a modern day “Alice in Wonderland” with more heart. September, Saturday, A Through L, and the many friends (and enemies!) they meet throughout the story are just so brilliant. Valente walks the perfect line between nonsense and poignant wisdom. What could have come across as saccharine in another author’s hand, instead reads as a beautiful and insightful look into childhood, friendship, love, and growing up. 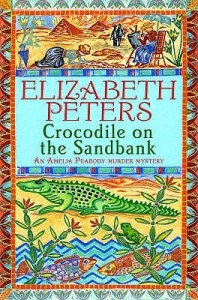 Second verse, same as the first! All ten entries could have been just this and the “Fairyland” series, essentially. But truly, I do find it fitting that my top two spots went to a young adult fantasy series and a historical/mysteries series, covering all of my loves! This series made it to the top spot based on the pure, unadulterated enjoyment that all of the books delivered. There are probably other entries on this list with stronger, over all writing. Other books with more creative worlds. Still others with more complex plots. But none of them were as much fun to read as all six of these have been so far. What’s most impressive is the longevity of the series. It was easy to worry that the “shtick”  could wear off with repetition. How could the books retain their charm? Wouldn’t the wittiness of the characters become tired? Just how many murders can happen around this family? But hats off to  Elizabeth Peters. Thank you for bringing Amelia Peabody to life.

So there’s my list. So many great reads in just one year! Challenge to you, 2017.