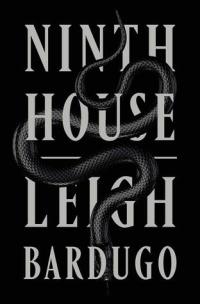 Book Description: Galaxy “Alex” Stern is the most unlikely member of Yale’s freshman class. Raised in the Los Angeles hinterlands by a hippie mom, Alex dropped out of school early and into a world of shady drug dealer boyfriends, dead-end jobs, and much, much worse. By age twenty, in fact, she is the sole survivor of a horrific, unsolved multiple homicide. Some might say she’s thrown her life away. But at her hospital bed, Alex is offered a second chance: to attend one of the world’s most elite universities on a full ride. What’s the catch, and why her?

Still searching for answers to this herself, Alex arrives in New Haven tasked by her mysterious benefactors with monitoring the activities of Yale’s secret societies. These eight windowless “tombs” are well-known to be haunts of the future rich and powerful, from high-ranking politicos to Wall Street and Hollywood’s biggest players. But their occult activities are revealed to be more sinister and more extraordinary than any paranoid imagination might conceive.

Review: I was never going to be Ivy League material and I never had the aspirations to be. The only thing that sounded at all interesting about Yale was the collection of secret societies that are scattered throughout the campus community, but even that came off as pretentious as hell to teenage me (though secretly I thought how cool to be admitted into one). Never did I consider that these secret societies would make a genuinely solid premise to a dark fantasy novel, but if anyone could pull it off, it would be Leigh Bardugo. Which brings us to “Ninth House”, Bardugo’s foray from YA fantasy into adult dark fantasy, a jump that I was very interested in seeing in motion. While I haven’t really cared for Bardugo’s fantasy tales like the “Grisha” series or the “Six of Crows” duology, I liked her take on “Wonder Woman”, and LOVED her short story “Verse Chorus Verse”. It stood to reason that Bardugo would probably do something at least interesting with a dark fantasy magic story set on the Yale Campus. I went in with midlevel expectations, and those expectations were blown out of the water. I loved “Ninth House”.

Bardugo has created a fun melding of the real world and a magical environment, with Yale University as an unlikely and yet seamless backdrop. She brings in themes class, privilege, and misogyny, and stirs them into magic, ghosts, the afterlife, and the occult. It’s no surprise that these themes can blend together with little problem, but Bardugo does it in a way that really packs a punch and gets her intent across. At first glance the idea of Yale’s secret societies as magical groups could feel a bit “Harry Potter”, but the darkness is there from the get go, with histories of said groups abusing their powers and preying on the less privileged and ‘less valued’, at least in their eyes, all for a perceived ‘greater good’. It’s up to Lethe House to keep them in line, lest they start abusing their stature and powers again, though you get the impression that Lethe is more there to work as ‘fixers’ should things go wrong, as the corruption is still very much in play. The social commentary may seem a little obvious, but it’s written in such a charming and engaging way that I didn’t even care. Bardugo also creates a unique ghost system. The ghosts, or ‘Grays’ as they are called, are everywhere, though they are mostly unseen by regular people (more on that in a moment). They can also disrupt magical rituals, and that would be a bad thing to the secret societies. I loved the descriptions of the Grays, from the ones who just meander around campus, to the more sinister and scary, to one whose notorious reputation may not be earned. This one in particular was great. His name is North, he may have killed his fiancee during the Victorian Era, he’s dark and broody and I, of course, fell in love with him almost immediately.

The person tying all of this together is Alex Stern, a first year student at Yale who has a dark past and a purpose for her enrollment. Stern has been able to see Grays her entire life, and a horrific encounter with one left her traumatized (quick content warning moment here: there is a scene of sexual assault in this book that was upsetting and potentially triggering). After falling into drugs to cope, Alex fell into the wrong crowd and ended up the lone survivor of a multiple murder. This is when Yale set their sights on her, her talent to see Grays incredibly valuable, valuable to offer her a full ride and a fresh start. Alex is a fish out of water at Yale, and her pluckiness and grit makes for a fun character whose determination is very easy to root for. While at first she’s perfectly happy being a member of Lethe house and getting the perks of the Ivy League, the murder of a townie girl plunges her into the very dark past of the secret societies. Add in the loss of her mentor, Darlington, and Alex has to find her footing in a strange and dangerous world. Her story is told through time jumps and a nonlinear structure, and it’s an effective way to show how Alex got to where she is, and the influences people and events from her past have shaped her. I especially liked her relationship with Darlington, a Golden Boy of Lethe whose idealistic nature and earnest personality is a fun contrast to Alex, and whose absence makes for a lingering sense of sadness over the story, for both the characters and the reader. But it also makes Alex figure things out on her own, which makes her journey and investigation a bit more empowering.

On top of all this, the story is very engaging and paced perfectly. I had a hard time putting it down, finding myself reading during my down time when I should have been taking care of various tasks around the house. Oh well! What’s a neglected laundry pile in comparison to an addictive read?

“Ninth House” was a fun and fantastic dark fantasy story with lots to love. It’s set up for another book, and I for one cannot wait to get my hands on the next one. I need to know what Alex is going to do next!

Rating 10: A fast paced and well plotted dark fantasy, “Ninth House” builds a complex world of magic and ghosts within an unlikely setting. I’ll be looking forward to the next Alex Stern adventure!

“Ninth House” is included on the Goodreads lists “Dark Academia”.