I really enjoyed the first outing of this show and pretty much watched the second season immediately after it dropped. And I have…mixed feelings. On one hand, there’s no denying John Krasinski’s talent and screen presence. Indeed, I think this second season depends heavily on that fact for, in many ways, the Jack Ryan we’re seeing in this go around is very unlike the one of the first season. This Jack Ryan seems to have lost many of his boy scout ways and too often fades into just another generic action hero. His smarts and strong morals are often lost in a convoluted plot that doesn’t necessarily earn its twists. The villain is significantly weaker, in my opinion, and I think the idea to focus on a part of the world, Venezuela, that is less often seen in shows/movies like this was rather wasted by painting in too large (and predictable) black and white swathes. It also misrepresents some of the real-life political conflicts going on there. So, that’s a lot of negatives. But, like I said, I still really liked Krasinksi and the idea of the show as a whole, so I’ll still be checking in for season 3 and hoping for a return to its roots.

Look, I wasn’t going to highlight this one, yet again. But after some of the recent episodes, I feel like I’ve spent enough time thinking about it and reading about it that it would be mispresenting my month of non-book-media NOT to put it in here. I was…very uncomfortable and disappointed to see the turn this show took in episode 8. There are so many variables in what went down in these #metoo related episodes, but while “Survivor” has long been known for pushing its players to make challenging moral decisions, what happened here I think crossed some important lines. Everyone involved failed: the producers of the show for allowing the situation to devolve to this point, the women who exploited it, the men who ignored it, and the man who, at the heart of it all, didn’t respect a woman’s wishes when she clearly asked him to respect her personal space. I won’t go into the full run down, but I think Dalton Ross over at EW.com did a good job of summarizing many of the angles, and while my own reaction is probably a bit more condemning of some involved, his might be the more balanced take.

My husband and I rushed through finishing up our play through (and replay for me) of “Skyrim” so that we would have a clear slate when “The Outer Worlds” was released. Touted as being similar to “Fallout: New Vegas” but in space, this was an obvious game for us to dive into. We both like open world games where you feel like you can stumble upon new locations, characters, and quests around any corner. Beyond that, after playing through all of the “Fallout” and “Elder Scrolls” games, it was a nice chance of pace to find ourselves in a brightly colored and wacky space setting. We’ve only just gotten started, so I can’t speak to how the main storyline plays out, but so far it’s been a fun ride. And at this point, that’s all I’m looking for! 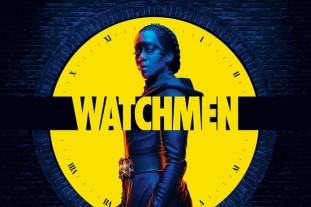 The graphic novel “Watchmen” by Alan Moore and Dave Gibbons is one of my Top 3 favorite books of all time. I have stood by Moore’s distaste at DC using his characters in their new comic storylines, but I had to set aside my devotion to his grumpiness for the HBO show “Watchmen”. Because it’s fantastic. It brings the “Watchmen” universe to modern day Tulsa, expanding upon the alternate reality that Moore and Gibbons created and showing how that world has continued post Manhattan Squid attack. The focus is on Angela, a Tulsa detective who, like all other law enforcement officers in this world, has taken on a mask and persona to hide her identity. But soon she finds herself trying to crack down on a white supremacist movement, as well as a potential, insidious conspiracy that has been going on before her very eyes. This show brings in fabulous new characters, and brings some of the originals into the fold in creative and engaging ways. It also has a lot to say about our political world at the moment, even if it takes place in a different timeline. Frankly, it’s some of the best TV in the past few years.

One of the most iconic Stephen King villain performances is hands down Kathy Bates as the obsessive and murderous Annie Wilkes from “Misery”. When I heard that for Season 2 “Castle Rock” was going to give a new backstory to Annie, I was skeptical as hell. But, like Season 1, “Castle Rock” has taken me in and has me hooked. Lizzy Caplan plays a young Annie, who has found herself, along with her daughter Joy, stranded in the mysterious Maine town. And like last season, strange things start happening. But for Annie, these strange things could easily be hallucinations brought on by her psychosis. Throw in a plot line in ‘Salem’s Lot, and some commentary about xenophobia and racism towards a Somali immigrant population, and you have a bonkers and powerful second season. And don’t worry; Caplan is PERFECT as a young Annie, both making it her own but also paying homage to Bates in her portrayal through posture, gait, and cadence. It’s a joy to see.

Given that “Doctor Sleep” is my favorite of Stephen King’s recent books, I was both anticipating and somewhat worrying about the adaptation that was going to hit the big screen. Given the weight that Kubrick’s version of “The Shining” has in the cinematic world, I was afraid that too much focus would be on an interpretation that King himself never cared for. I shouldn’t have been so worried. And given that Mike Flanagan, the director of the stellar “The Haunting of Hill House” on Netflix was at the helm, I should have been more excited. “Doctor Sleep” is a wonderful adaptation of the novel, with a fantastic cast, a moody tone, and the perfect melding of King’s original vision in both “Doctor Sleep” and “The Shining”, and the Kubrick interpretation that has been beloved for so long. Ewan McGregor is a wonderful Danny, bringing pathos and determination to the character, and Kyleigh Curran is the perfect Abra, the precocious psychic teen he befriends. But it’s Rebecca Ferguson’s Rose the Hat that really stole the show for me. Rose the Hat is a Top 3 King villain in my book, up there with Flagg and Annie Wilkes, and Ferguson brings her to sinister and charismatic life. If you were hesitant about this movie, don’t be. It’s wonderful, it’s emotional, and it’s scary.

What non-book media were highlights for you this month? Share in the comments below!