This is a bittersweet one. As always, it’s exciting to have the return of a favorite show for a new season. But, after so, soooo many years, it has been confirmed that this will be the last season for “Supernatural.” It’s been on since 2005! I was in college!! There hasn’t been another show that I have followed for as long or as faithfully as this one. There have been some highs and lows throughout the years. But what makes it stand out is that even during those lows, I never considered jumping off this bandwagon. Once a “Supernatural” fan, always a “Supernatural” fan, through thick and thin it seems. I am pleased that if it was going to end, at least the showrunners knew it an entire season in advance, leaving them plenty of time to craft a thoughtful conclusion to the story. It will probably be tragic, cuz that’s what this show does best. But I have hope that it will be the kind of tragedy that also comes with heroic, satisfying justice for our two monster-hunting brothers.

It was kind of a given that I would immediately watch this new Amazon Prime show. Loving mysteries, fantasy, and period pieces, there was everything I could have asked for here. The simple version of the story is a classic monster mystery, with a side plot dealing with our two main characters’ romance. But it’s also pretty clear that, like “Zootopia,” “Carnival Row” is using its fantasy trappings and original world to comment on larger topics like immigration, refugees, and racism. Some of these moments are done quite well, others are land with a bit of a thud in their obviousness and lack of real heart.  One area where the show really shines is its general aesthetic. It’s simply beautiful to look at. The costuming, the detailed sets, the magical effects. It’s all seamless and gorgeous. It’s also fun to see Orlando Bloom again, so there’s that! Fans of fantasy and monster horror will likely enjoy this, though it can be a bit ham-fisted with its message at times. 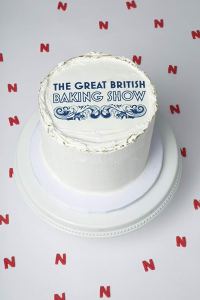 This new season of this show was a battle of the wills. And the show won. Netflix changed the way it released this popular baking competition, moving it from a single, lovely, bingeable segment into weekly installments. I lasted about a month before I caved and watched all 5 episodes that were currently available in one day. And now I’m floundering around in the mostly forgotten realm of weekly TV watching. Seriously, I can’t remember the last time I watched a TV show in regular installments once a week. It’s unfamiliar and I don’t like it! Mostly, again, because of my aforementioned lack of self-control and patience. So now that I’ve taken up the entire segment venting about that…heck, we all know what this show is about and why it’s lovely. 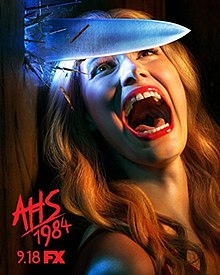 October means that the ridiculous and (kind of) scary horror series “American Horror Story” is back on television screens. I’ve had a real love/hate relationship with this show, but I contend that it is at its best when it doesn’t take itself at all seriously. This is why “Coven” is the best season, and no one will change my mind. I took a break last year because “Apocalypse” just looked too ridiculous, but when I found out that their new season, “1984”, was going to be a tribute to 80s slasher movies, oh boy. I was yanked right back in. A bunch of counselors at a summer camp think that they are in for a summer of goofing off and hooking up, but little do they know that a serial killer, who had killed at the camp in the past, is back to wreak some havoc. At least, that’s what it seems like. You never know what kind of curve balls this show will throw your way. With Billie Lourde and Angelica Ross included in the cast this time around (queens the both of them), it’s been quite the trip. Also, Richard Ramirez shows up. Like I said, it’s insane. 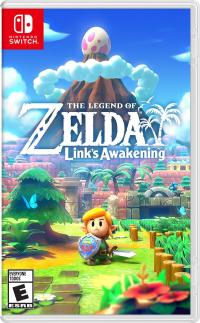 I’ve been a huge huge HUGE fan of the “Zelda” games since I was a kid. Hell, I’m such a big fan my husband and I used music from the games in our wedding ceremony. One of the first ones that I played in earnest was “Link’s Awakening” on my Gameboy, and my sister got it and we shared it. I never got too far in it, but along with “Ocarina of Time” I have the fondest memories playing that game. When I found out that it had been re-released on The Switch with all new graphics, I was beyond excited to get my hands on it! Like the original game, Link has washed up on Koholint Island after getting shipwrecked, and the only way for him to leave is to awaken the Windfish. This means you have to solve puzzles, defeat bad guys, collect items, and interact with lots of fun characters! The Switch version has updated the graphics and added some new features, but otherwise it’s a totally replicated adaptation of the game that I loved as a kid. It’s fun and cute and challenging enough to keep anyone entertained, and it’s been a treat to revisit it. 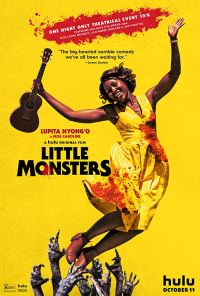 I, of course, have to round out the horror season with a horror movie! And when I decided to watch “Little Monsters” I didn’t know that much about it. I knew that it starred Lupita Nyong’o, and that it had to do with zombies. What I found was an adorable and really fun zombie comedy with a great cast and SUPER SWEET children (clearly my new foray into motherhood has made me very susceptible to cute children as of late). When slacker David’s relationship falls apart, he ends up on his sister’s couch and spending time with his five year old nephew Felix. It’s through Felix that he meets Miss Caroline, the sweet and caring Kindergarten teacher who catches his eye. Unfortunately, the timing isn’t great, as a zombie invasion breaks out during a class field trip. So David, Miss Caroline, and a group of children have to fend for themselves and work together to survive. It’s no surprise that Lupita Nyong’o is a treasure, but there are also great performances from Alexander England as David, and Josh Gad as the annoying children’s television personality Teddy McGiggle. If you’re looking for a zombie film with a little something more, definitely check out “Little Monsters”!