Two years ago, we here at the Library Ladies were left despondent and angry at the way that the Presidential Election turned out. Two years later, most of our fears have been confirmed, and American politics has been a shit show. But this year, it was a Midterm Election, and things went a bit better this time around. One of the reasons for that is more that 100 women were elected into governing positions across the nation, breaking the all time record of women in such roles!! So in honor of that, we’re bringing back our Women Who Kick Ass Book List, and this time it’s based in hope!! 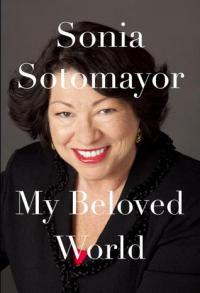 The first Latinx justice and the third woman on the bench, Sonia Sotomayor is a really awesome lady in many, many ways. Her memoir is the story of her life, from her childhood living in a Bronx based housing project to her time as a Judge on the Supreme Court of the United States. She is very open about the struggles that she had to overcome in her life, from a broken marriage to living with diabetes since childhood and an unstable home life, but always emphasizes the determined spirit that she had to get through. Sotomayor’s voice always shines through in relatable and honest ways, and her story shows the power of believing in oneself, and how far it can take you. 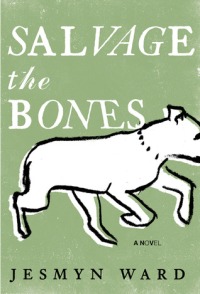 Jesmyn Ward has always been known for writing emotional and evocative books, from “Men We Reaped” to “Sing, Unburied, Sing”, but the novel that first won her a National Book Award was “Salvage the Bones”. It’s the story of Esch, a black teenage girl living in a coastal Mississippi town as Hurricane Katrina is heading towards shore, and the ways that she tries to keep her family together as the inevitable lurches towards them. Esch is a determined and driven character, who is dealing with her own personal turmoil outside of the impending hurricane (poverty, an unwanted pregnancy, a rough home life), but she is always there for her siblings and always trying her best to make things safe for them as the storm looms. This is a tough read, but it’s beautifully written and the characters, especially Esch, will stay with you.

Book: “The Woman Who Smashed Codes: A True Story of Love, Spies, and the Unlikely Heroine who Outwitted America’s Enemies” by Jason Fagone

Similar to our recommendation of “Hidden Figures” in our last list of this kind, “The Woman Who Smashed Codes” is another incredible true story of women operating behind the scenes throughout history, getting stuff done, but going largely unnoticed. Together with her husband, Elizabeth Smith could be considered the starting point for the NSA (for better or worse these days). But in her time, she was able to put her incredible code-breaking stills to work on secretive missions to gain important intel during WWII. But the story explores much more than just that, diving also into her work exposing gangsters during Prohibition and her husband’s experiences breaking the Japanese version of Enigma.

Another fiction choice, “Graceling’s” main character, Katsa essentially has the skill of “being badass.” You think I’m exaggerating, but that’s pretty much it. In a world that is made up of certain individuals with seemingly random abilities, Katsa’s is by far the most awe-inspiring. But as fans of Spiderman know so well, this type of gift doesn’t come with out strings and difficult choices attached. What makes Katsa stand apart is the way she never backs down from confronting these challenges herself. She doesn’t wait for others, she doesn’t question her own abilities. She just sees a wrong or a need, and she acts. Definitely a go-to for fantasy fans, Katsa fully earns her place on this list. 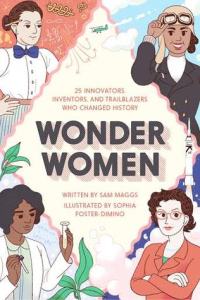 Of course, there are simply too many amazing women throughout history to list an entire book for each of them. So instead, here’s a lovely compilation of twenty-five of them for you to enjoy in small snippets. What makes this collection all the more enjoyable is the fact that many of these women may be ones you were unfamiliar with prior to picking up this book! There are also interviews with women currently in STEM-related fields and other resources for women looking to make their way into the sciences.

What are some of your favorite books about powerful women? Let us know in the comments!