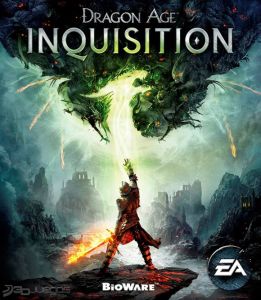 I love Skyrim. It’s probably my favorite video game up to this point. But, sadly, I’m starting to scrape the bottom of the barrel as far as how much is left of that game (I’ve been drawing it out foreeevver at this point). So, I started looking around to find something similar, and this game popped up. I haven’t played either of the two to come before it, but I thought, why the heck not, and jumped in on this, the third. For one the word “dragon” was in the title. And for two, the graphics and general fantasy setting seemed very similar to Skyrim. But, of course, they are very different games. This is the first game of this sort that I’ve played where part of the game is learning the tactical and strategic management of a party of characters other than your main story character. It’s taken some getting used to and patience, but I think I’m finally getting there. There’s also an overwhelming amount of quests and things to do, but that’s probably for the best. I need something to tide me over for the likely YEARS remaining before the next Elder Scrolls releases anyways.

What would fall be without a return to the world of “Supernatural?” Honestly, with the start of season 14, I really don’t know! I’ve been watching this show since college and that’s way longer ago than I would like to think about. But, of course, we’re back and with Dean now possessed by the archangel Michael, the question remains: will this last for 2 episodes or will they stretch it out to a full 3?? After 14 seasons, fans of the show know one solid truth: the heart of this series is Dean and Sam together. Any fiddling with that recipe has lead to disaster, so it’s not a matter of if Dean will be rescued; it’s not even a question of when. Instead, it’s just how quickly will the show manage to resolve this current hiccup before returning us to our usual, brotherly love programming? 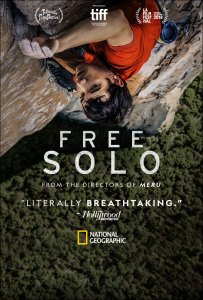 A few years ago, my husband and I struck on a bizarre movie fixation that we shared: fascinating/horrifying documentaries about mountaineering/climbing. There’s some hard-to-pin down thrill about the combination of wonder at the gorgeous cinematography, terror of heights, and shared judgement over the sanity of the individuals involved that makes for a great movie-going experience. So for our anniversary this year (yes, this is how much we enjoy these types of films), we decided to check out “Free Solo,” the documentary following the build-up to and experience of Alex Honnold becoming the first man to climb the El Capitan Wall without ropes. It’s terrifying, people! During several portions of the movie you could look around the theater and literally see the entire crowd squirming in their seats (and this was a sold out theater, so that should also speak to the quality of the film.) Knowing the end result does practically nothing to diminish this discomfort. Honnold was also a surprisingly charming and witty individual. Though, yes, we still left the theater questioning his sanity.

As a big fan of Shirley Jackson’s original novel, and the fabulous 1963 film adaptation (we are NOT going to talk about the 1999 abomination), I was a little skeptical when I saw the trailer for “The Haunting of Hill House”. Who were all these people, and what did ANY of them have to do with a paranormal investigation into an old haunted mansion? And while “The Haunting of Hill House” on Netflix is a very loose adaptation of the book it comes from, I really, REALLY enjoyed what was done with it. Instead of trying to recreate the entire story from the book, the show creates a new set of characters who take traits from the original ones. This time it’s a family that has been haunted by a traumatic living experience in this house, and how they have all fallen apart because of it. It’s not only pretty dang scary, it’s also one of the most emotional shows that I’ve seen in a long time.

I first saw the original John Carpenter “Halloween” during my freshman year in high school. While the people I was watching with weren’t as affected as I was, I was completely taken in by the tension and dread surrounding the story. Michael Myers was sufficiently terrifying and Jamie Lee Curtis was the perfect heroine as Laurie Strode. The rest of the series (outside of “Halloween H20”) didn’t really do much for me. So when I found out that the new film “Halloween” was going to retcon everything after the first one, I was excited. Instead of being the long stalked sister, in “Halloween” (2018) she is a tough, traumatized mother and grandmother who is waiting for Michael to come for her. Because she’s ready for him this time. This movie not only got back to the nitty gritty of the terror and suspense of the original, it showcases Curtis as the powerhouse she always as been, as well as introducing other lady characters who are here to take care of business. It is the sequel that “Halloween” has always deserved.

I had been waiting for this to come out for a long time, and now it’s here. Given how much I loved the comics, I was pretty excited to see what Netflix did with “The Chilling Adventures of Sabrina”. And while it didn’t go AS dark as the comics did, I think that there are a lot of things to like about this show. The cast is pretty great, with Kiernan Shipka playing the titular teen witch, but I thought that the real MVPs were Miranda Otto and Lucy Davis, who play Aunts Zelda and Hilda. While both of them could be two dimensional caricatures (Zelda as the stern true believer and Hilda as the bubbly optimist), they each give the aunts depth and nuance. While there are some moments that come off a little cringey (some of the optics weren’t totally well thought out), overall I think that “The Chilling Adventures of Sabrina” is an entertaining and fun tale about witches and the mortals they care about.