This week, one of Minnesota’s grandest traditions starts: the Minnesota State Fair. To born and raised Minnesotans this is one of our most important moments of the year. To outsiders, it may seem a little overblown. But regardless how you feel, it’s going to be a really fun time. In honor of the Fair (one of the biggest in the country), we’ve put together a list of books that take place at fairs, circuses, and carnivals! 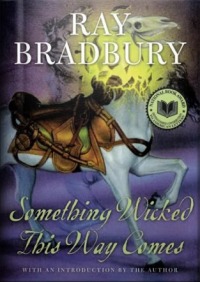 Book: “Something Wicked This Way Comes

Usually a traveling carnival can bring joy and wonder to a community, but Cooger and Dark’s Pandemonium Shadow Show is a bit more sinister than that. Best friends Will and Jim find themselves targets of the malevolent Mr. Dark, Mr. Cooger,  and their evil carnival, a carnival that includes arrives once a generation and leaves chaos and tragedy in it’s wake. Attractions at this carnival include a carousel that can manipulate your age, and the Dust Witch, a being who is filled with magic but also incredibly dangerous. While this book does have it’s scary moments that have become legendary in horror literature, it also addresses friendship, coming of age, the power of kindness, and how to face your fears. 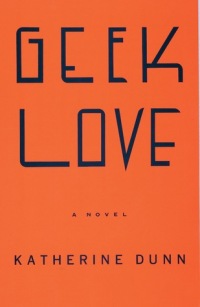 Though ‘freak shows’ are not the entities that they once were (and are more about showcasing talents and feats of illusion than gawking at those different from you), “Geek Love” takes us back to a crueler time, and gives us the story of one of the ‘freak’ families. The Binewskis are a family of carnival workers that travel around showcasing their various ‘oddities’: Arturo the Aquaboy has flipper-like limbs; Iphy and Elly are the conjoined twins who are seen as seductive sexpots; Oly is the hunchbacked Albino. Then there is Chick, who seems ‘normal’ on the outside but inside contains multitudes of dangerous gifts. All of these people came to be because their parents hoped to create a family of human oddities they could profit upon, and used various means (such as arsenic, drugs, and radioactive materials) to do it. This is a story about family, a story about ambition, and a story about what actually makes a person ‘normal’. 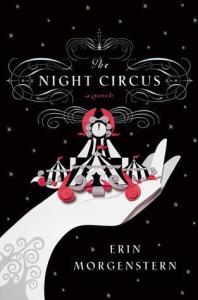 The circus arrives at night and is open only during those dusky hours. It leaves as mysteriously as it game. This is the story of not only a strange, magical circus, but of the two magicians who are using the circus as a platform in their ongoing competition to best the other with new and wondrous displays of magical prowess. But it is a game that has been chosen for them, and as they find themselves growing closer and closer to one another, the ultimate conclusion of this competition becomes more perilous. Equal parts fantasy, romance, and historical fiction, this story has a circus that is not only a setting for the plot to unfold but feels like a living, breathing entity itself. 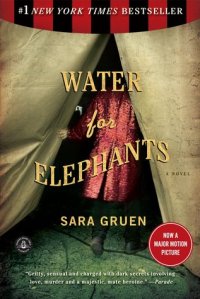 You can’t have a fair/circus book list and not include “Water for Elephants.” This massively popular book from several years ago, however, earns the hype it has gathered. It follows the story of a young veterinarian who suddenly find himself adrift and alone in the world. Of course, he joins the circus! But there he finds not only the wonders and spectacle that come with the greatest show on earth, but a seedy underbelly full of intrigue and danger. When he begins falling in love with the wife of the animal trainer, he quickly realizes that danger has arrived at his door. This is another historical drama and features not only a nice romance, but, of course, a lovely relationship between Jacob and an elephant. 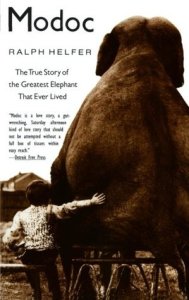 You may have noticed that the title of this book is truncated in our version and that’s for the simple reason that the biggest complaint filed against the book is the highly questionable “true story” that it claims to be telling. But I don’t think this should detract from what is still a beautiful story about the love between an elephant and a boy. While there was an elephant named Modoc (maybe even three!), there is very little evidence to support much of this book, but I still felt it was an excellent and heart-breaking story on its own. Just approach it as a fictional story rather than nonfiction, and you’ll probably be happier with it! 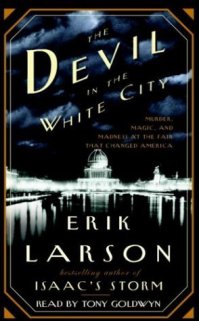 Book: “The Devil in the White City: Murder, Magic, and Madness at the Fair that Changed America”

This may be considered one of the very best books about a fair, though it is also considered one of the best true crime books all time. Erik Larson tells two stories: that of the creation and execution of the World’s Fair in Chicago in 1893, and that of H.H. Holmes, a serial killer who preyed upon women who came to Chicago looking for a new life. Larson is the master of drawing parallels between his various narratives, and in “The Devil in the White City” he shows the extent of American progress within an urban setting, and how a growing and bustling city can lead to the kind of anonymity that a serial killer can thrive in. History buffs and true crime buffs will both find a lot to love in this book, as the grandiosity of the Columbian Exposition will enthrall you as much as Holmes’s ‘Murder Castle’ will horrify you.

What about you? What fair, circus, and carnival books have you enjoyed? Let us know in the comments. And to our Minnesotan readers who are going, enjoy the Great Minnesota Get Together!

3 thoughts on “Fair Reads: Books About Fairs, Circuses, and Carnivals”