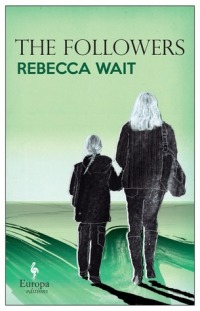 Book: “The Followers” by Rebecca Wait

Book Description: On the windswept moors of northern England, a small religious cult has cut itself off from society, believing they have found meaning in a purposeless world. Led by their prophet, Nathaniel, they eagerly await the end times. But when the prophet brings in Stephanie and her rebellious daughter Judith, the group’s delicate dynamic is disturbed. Judith is determined to escape, but her feelings are complicated by a growing friendship with another of the children, the naive and trusting Moses, who has never experienced the outside world.

Meanwhile, someone else is having doubts, unleashing a horrifying chain of events that will destroy the followers’ lives.

In the aftermath, the survivors struggle to adjust to the real world, haunted by the same questions: if you’ve been persuaded to surrender your individual will, are you still responsible for your actions? And is there any way back?

Review: I’ve been deeply interested in cults since I was in California during the Heaven’s Gate mass suicide. I remember seeing footage of the crime scene on the television, and being completely horrified and yet taken with the idea that this group believed that a spaceship was on the tail of Hale-Bopp comet. Ever since then, I’ve had a twisted interest in books about cults, be they true stories or not, and the way that people can fall into them. So when I stumbled upon a New York Times article about “The Followers” by Rebecca Wait, I requested it, thinking that it was going to be a thrilling yarn about a scary cult wreaking havoc. While I sat on the couch reading it (making a lot of scandalized noises that my husband kept enquiring about, until the fifth time and he just stopped asking), I was totally engrossed. This was everything I wanted it to be, but it was a bit more than I bargained for as well. After all, at the heart of this is the story of a woman who takes her daughter and whisks them both away at the whims of a religious fanatic who has completely cast her under his spell. So, you know. Fun times.

The thing that stuck me most was that it shifted between various levels of believer/non believer. First we have Stephanie, the single mother who falls in love with “The Prophet” Nathanial. She feels so doted on and loved by Nathanial when they first start dating, and she feels so trapped in her life as a single working mother, that his affection is enough to make her pick up her entire life and follow him anywhere. As I read it was clear that Nathanial was big trouble, but I could also completely understand why Stephanie wanted to go with him, even if I was cursing her and the terrible decisions she was making. Then there is the perspective of Stephanie’s daughter Judith, whose adolescent rebellion is only kicked up a few notches when they move to the commune. She’s a strong willed girl who may have treaded towards unbelievable in her mental strength, but she felt so real and so well realized that I didn’t even care. Then you have Moses, the only friend that Judith makes at the commune, who was born into it and fully believes that not only is Nathanial the Prophet and the ourside world the road to hell, but that his birthmark on his face is a mark of the devil. At first I was very worried about him and his intentions towards Judith, but he really is just the epitome of naive wonderment, raised in a warped society that is all he’s known. And finally you have Thomas, a long time member of Nathanial’s thrall, but who has started questioning it. With these different characters on different parts of the belief scale, Rachel Wait has done a great job of showing the full gamut of emotions for the members.

I loved the description of the commune, which is located in the Moors of England. The isolation was palpable, both physically (with the description of few buildings and many bogs, forests, and other barriers) and emotionally. The members are told that if they leave they can never come back, and will be doomed to stay in “Gehenna” and probably rot with all the nonbelievers when the end of days comes. The manipulation that Nathanial administered to his disciples was also incredibly creepy, through kind syrupy promises and yet no physical action of his own to place his controls upon them. I think that Wait hit the nail on the head with Nathanial, and he was the perfect villain, just as Stephanie, Moses, and the other members were perfect victims. And yet this was told in such a way that it always felt a couple steps up from your run of the mill thriller. We also got to see beyond the cult moments, and where Judith and Stephanie ended up after all was said and done. Spoiler alert, it’s pretty bleak. But along with the overarching bleakness, there was also a fair amount of purity and hope, specifically through the friendship between Judith and Moses. They are both outcasts in their own ways in the commune, and while he’s a true believer and she’s a non believer, they forge a bond that was absolutely sweet and powerful. They really do bring out the best in each other, and their types of belief and non belief feel more constructive than those of Stephanie and Thomas. Every time they were together, my heart would grow ten sizes bigger.

And yes, the slow build up of terror as the cult starts to fall apart was absolutely riveting. I love a good slow burn build up, and “The Followers” really nails the ‘frog in a pot of boiling water’ pace.

All in all, “The Followers” was an entertaining and insightful story that exceeded my expectations. If a good and twisty cult story is your idea of a good time, definitely pick this one up. You’ll get a bit more than you bargained for in the best way possible.

Rating 9: A sad and suspenseful tale about fanaticism, family, and the way that tenuous bonds can be broken if a monster figures out how to exploit them.

“The Followers” is not on many relevant Goodreads lists, but I think that it would fit in on “Cults and Communes in Fiction”.

Find “The Followers” at your library using WorldCat!