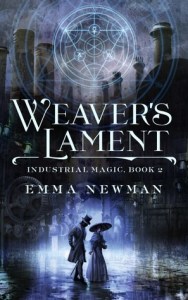 Book Description: Charlotte is learning to control her emerging magical prowess under the secret tutelage of Magus Hopkins. Her first covert mission takes her to a textile mill where the disgruntled workers are apparently in revolt.

But it isn’t the workers causing the trouble. The real culprits are far more extranormal in nature.

And they have a grudge to settle.

Review: The second novella in Newman’s “Industrial Magic” series see Charlotte still learning to control her powers in the hopes of avoiding life in the restrictive, but privileged, Royal Society. Her brother, however, has been recently admitted to the Society, and is beginning to run into problems of his own. There is something going on at the textile mill that he has been tasked to oversee. He recruits Charlotte to work undercover and discover what is going on. But what she finds is more than he expected, or either of them wanted to know. “Weaver’s Lament” raises all the stakes, and I found myself enjoying it even more than I did the first!

Charlotte, as ever, is an excellent protagonist. She’s capable, curious, and still a bit naive about the Royal Society and, especially, the role her brother is now playing by being involved within it. I had a fairly good understanding of her motivations and character from the first book, and this one simply built upon what we already knew. More and more, we understand why she resists joining a society that in many ways would elevate her to a life of riches and success. But her characterization wasn’t one of the stumbling blocks I found in the first story.

After reading the first book, most of my confusion and qualms came from not understanding who I was supposed to be rooting for among the cast of secondary characters. Charlotte’s own confusion here didn’t help. But as this story moves along, I was relieved to see that, while Charlotte may still have the wool pulled over her eyes, we, as readers at least, are beginning to understand the roles these other characters play in her life. Specifically, we begin to see the true colors of her brother Ben and Mage Hopkins, the member of the Royal Society who has been training Charlie over the last several months. At the same time, as we begin to understand the motivations, priorities, and loyalties of these two men, we are still seeing them through Charlotte’s eyes and her perspective is very much colored by her experiences and wishes. She wants her brother to be the same man he was when he left, and even her evaluation of the man he was then is forever seen through the lens of her love for him as a sibling. Mage Hopkins, too, is both the man who is training her as well as her greatest liability for being turned in to the Royal Society should he ever suspect that her training is not enough to keep her from going “wild.”

The primary mystery was also very compelling. Not only did it expose more tidbits of knowledge of how the magic system in this world works, but we saw how the Royal Society uses its magic in industrial work like the textile mill. But the other half of the story is the more human one: Charlie’s shock and horror at the conditions of the mill workers and, at best, the complacency of those in power to the situation. At worst, she finds active participation and collusion.

We also learn more about what it means for an untrained mage to “go wild,” as Charlie struggles to hold herself and her power in check. But even as she discovers the price that comes with remaining free, she, and the reader, begins to question the truth behind any of it. There were a couple surprises wrapped up in this aspect of the story that added new layers to the fantasy aspects of this world. I’m excited to see where Newman is going with all of this.

There’s a lot going on in a very short book, but I thoroughly enjoyed every aspect of it. My only criticisms would come down to a writing style that at times felt stunted, perhaps due to the constraints of the shorter page count. But this by no means hindered my reading experience, and I would highly recommend both this book, and the previous novella, to any fans of historical fantasy fiction or steampunk fantasy.

Rating 8: It’s always thrilling when a second book out performs the first, and here we really see Newman coming into her stride with this series!

“Weaver’s Lament” is a newer book and isn’t on any Goodreads lists, but it should be on “Gaslamp Fantasy.”

“Weaver’s Lament” does not yet have a library catalog entry, but request it from your local librarian! 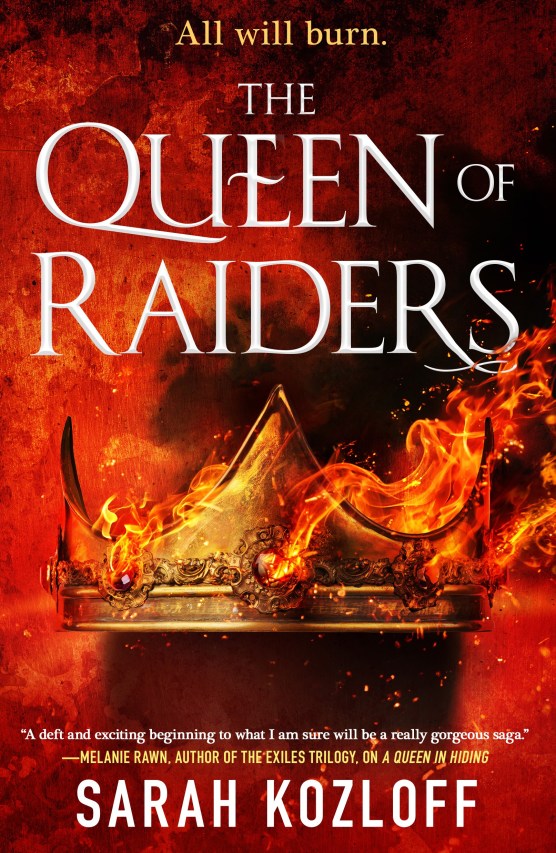