Video Game: “Fallout: New Vegas”
My husband and I both succumbed to a terrible cold last week and what better to get you through enforced couch time than a post apocalyptic, rather out dated, video game? We are still hold outs on the Xbox One, so our options for game play are stuck a bit in the past. However, as a fan of the “Fallout” series as a whole, I was excited to try out this game. While it is clear that this is a “.5” type game (not given the entire “Fallout” treatment of the full, numbered games in the series), the storyline was very compelling and the open world style was as fun to explore as ever.  If you’re a fan of Bethesda games and are looking for less of a commitment than some of the larger games out there, this is definitely worth checking out!

I warned you that my reality tv watching would make another appearance, and here we are! I’m not ashamed to admit that I’ve watched every season of “Survivor.” The combination of the interesting physical challenges and the complex interpersonal strategy that make up this show has continuously drawn me in year after year. This season is notable for bringing back a few of my favorite players like Aubry (completely and utterly robbed of a win in her season due to bitter jury syndrome) and Malcom (a great player, but likely to never win as he is seen as too much of a threat to ever make it through).

Most importantly…does Chris Hemsworth rock the new hair cut or what? The “Thor” series as a whole has been probably the weaker movies for me in the Marvel line up. I enjoy the character very much, but he is at his best when playing off other characters, which can make his own movies a bit challenging. However, this trailer looks awesome. I’m a big fan of the director, Taika Waititi, having loved both “What We Do in the Shadows” and the more recent “Hunt for the Wilderpeople.” Both of those movies are about as far from a comic book blockbuster movie as you can get, so I’m excited to see what new take he can bring to this movie and the genre. At this point, I feel like audiences are going through a bit of “super hero exhaustion,” so a breath of fresh air to the Marvel universe is much needed, and hopefully this movie will bring just that! 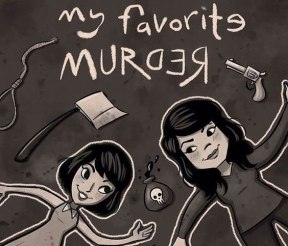 No one is going to be surprised that I am not only a horror and thriller fan, but also a huge true crime buff. And while my fascination with murder has always been side-eyed by many people around me, my friend and fellow murder ‘enthusiast’ Amanda told me to try out the podcast “My Favorite Murder,” by Karen Kilgariff and Georgia Hardstark! Karen and Georgia are two women living in the Valley who are obsessed with true crime, and every episode they come with an oral history of a murder case, and banter the only way two close lady friends can. Also, there’s a cat named Elvis who is basically their mascot. It’s dark subject matter, but I love this show because they are both really funny while maintaining the right levels of interest and horror at the awfulness. So fellow ‘murderinos’, check this out! 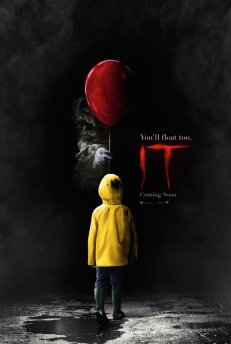 Okay, so as much as I do really enjoy the original TV miniseries “It”, I never found it terribly scary. Tim Curry is awesome, but I was never really too terrified by him. I also think that the book is a work of sheer genius, and absolutely horrifying. So when I heard that they were making a movie of it, I was kind of skeptical. I felt it didn’t have the Tim Curry Factor, and the original book is so hard to do justice to. But then I saw the trailer, and my God. My jaw dropped and I watched it over and over again. The book about a murderous entity in small town Maine, and the kids who come together to fight it, may have just been given a worthy adaptation that captures just how scary Pennywise and Derry, Maine are supposed to be. And I cannot WAIT to see it.

IT’S BACK, HUNTYS!!!! My favorite reality competition of all time and one of my favorite TV shows on the air at the moment, “RuPaul’s Drag Race”!! I’ve been addicted to this show since season 4, and now we’re on season 9 as RuPaul brings us a bunch of amazing drag queens competing for the title of America’s Next Drag Superstar! The talent of all these drag queens when it comes to performance, design, make-up, and fashion consistently boggles my mind, and the over the top self awareness that RuPaul presents in every episode is a hoot and a treat. There are also moments of awareness building and activism seen on this show as well, as GLBT issues are not shied away from in conversation. If you want to make your life just a little more fabulous, this is what you should be watching.