Both of us like to listen to some of our books as audiobooks. And as any fan of this format of reading knows, the narrator really makes or breaks the story. There have been ok-ish books that have been greatly aided by the clever performance of a great reader. And then other quality books that have felt bogged down by a narrator who just doesn’t seem to quite fit with the story they’re trying to tell. Throughout the years, we’ve each identified some clear favorites, and so that’s what we’re bring you today!

Barbara Rosenblat has been a long time favorite of mine. She’s pretty much a long time favorite of most audiobook readers and is one of the more sought after narrators out there, especially due to her wide range of accents that the can seemingly effortlessly apply to any work. I first came across in a read of one of Kathy Reichs “Temperance Brennan” series. I’ve read those on and off, but have always enjoyed them more in audiobook format as Rosenblat’s superb narration can add some flare to some criminal mystery elements that could be a bit dry for my usual mystery reading preferences. The other obvious favorite read by Rosenblat is the “Amelia Peabody” series. I read the first several as print books before, due to lack of availability at the library of the next one in print, I looked up the audiobook version on a whim and discovered Rosenblat narrated these, too! That sealed the deal. Even if I had to go back to reading a print version of this series, I don’t think I could do it without hearing Rosenblat’s pitch perfect rendition of Amelia Peabody’s voice. This series, character, and narrator is the perfect blend that comes from many great things coming together to make something that is,together, beyond reproach. 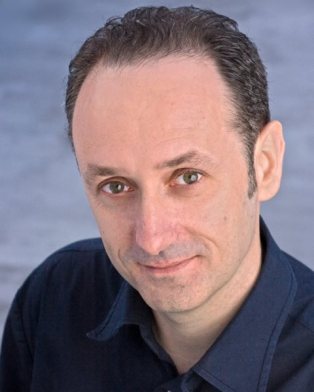 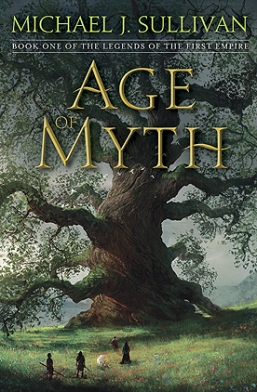 Tim Gerard Reynolds is also a well-known, much-awarded audiobook narrator. And as he narrates a bunch of fantasy and sci-fi titles, I’ve run across him a number of times. There is an added challenge when narrating fantasy/sci-fi titles in that many of these works include completely fictionalized words, names, peoples, and worlds. This leaves a lot of creative interpretation at the hands of the narrator. Obviously, the author knows how certain words should be pronounced, but many readers are left to their own devices to succeed, or not succeed, in matching these expectations when reading from a print book. As an audiobook, readers fully experience the world and these words as they’re meant to be presented. On top of that, there is a lot of room for creativity in the voice work of characters who are from worlds and cultures that don’t exist. Reynolds is an expert at all of these things, making the most extreme fantasy setting and people jump off the page, seemingly fully formed and as common place in their idioms and voices as anyone on our good, ole, normal Earth. Each character has a distinct voice, and I’m particularly pleased with the way he interprets women’s voices. The “Age of Myth” and its fellow books have a huge cast of female characters, and Reynolds provides an excellent voice for them all, never falling into any of the pitfalls that can occur when trying to narrate for the opposite gender. He’s also excellent with action, and I particularly enjoy his work in the “Red Rising” series, a group of books full of intense, sci-fi actions scenes. 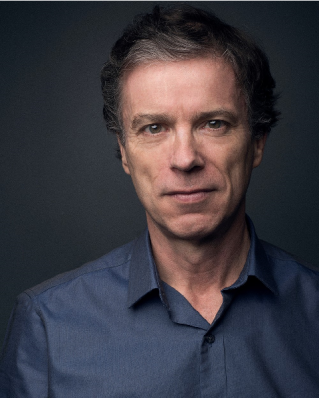 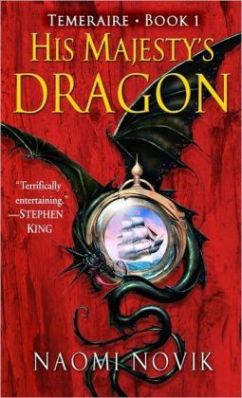 Simon Vance is an audiobook narrator whom I had actually forgotten I enjoyed so much until I ran across him again in my read of Naomi Novik’s “Temeraire” series. I’ve read a lot of Guy Gavriel Kay in my day, many of them audiobooks. And while I remember particularly enjoying them as audiobooks, it’s been years since I’ve listened to one, so couldn’t remember who narrated them specifically. But when I started listening to the first “Temeraire” book, “His Majesty’s Dragon,” it all came back with the first sound of Vance, clear, melodious British voice. While many of Gavriel Kay’s books are fantasy, they also have a feeling of a historical fiction work. And obviously, so too with the “Temeraire” series. Vance voice perfectly bridges these two genres, in a sense grounding the more fantastical elements of a story into a world that feels believable as set in our own world. Novik’s sotry is one of dragons fighting during the Napoleonic Wars. Nothing could sound more far-fetched. But with her own brilliant world-building, paired with Vance’s smooth, proper voice, it suddenly feels completely believable that a gentleman would go to war on the back of a massive dragon. Now that I’ve rediscovered his voice work, I’m eager to dive back into several of Gavriel Kay’s books that I’ve been meaning to get to, all, of course, narrated by Vance.

Some people will always see Santino Fontana as his various Broadway characters. Others will always see him as Prince Hans in the Disney movie “Frozen”. For me, Fontana is always, ALWAYS going to be the voice of Joe Goldberg in Caroline Kepnes’s “You” books. Fontana brings the creepy and yet hilarious Joe to life through his dark and yet endearing performance, capturing all angles of one of my favorite literary villains, and characters, of all time. His delivery is versatile for the characters in the books, and his timing is spot on, finding the proper beats to build suspense and find the humor. “You” and “Hidden Bodies” are my go to audiobooks when I need something familiar and comforting(?) to listen to, and while part of that is the narrative, the other part is Fontana. Fontana is not only an avid voiceover artist, he’s recently won a Tony for his leading performance in Broadway’s “Tootsie”, and he is going to be the audiobook narrator for Stephen King’s upcoming “The Institute”! So, that may have to be an audiobook read for me as well! 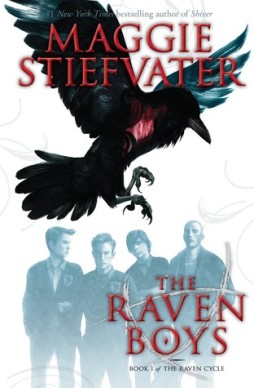 I first heard Will Patton perform an audiobook when I checked out “Doctor Sleep”. My main points of reference for him were movies like “Remember the Titans” and “The Mothman Prophecies” (and many, many more), but didn’t know what to expect from him doing an audiobook. But my goodness, he completely blew my mind. Patton’s strengths are that he knows how to completely transform his tone, cadence, and vocalizations for each and every character, and not only does he modify his voice when they are talking, he also does so for the entire section that is focusing on said character. Whenever I find out that he is going to be doing the voice work on an audiobook I’ve checked out, I get that much more excited for it. He emotes perfectly, and I have to say that his interpretation of Rose the Hat in “Doctor Sleep” is still one of my favorite performances from an audiobook, bar none. His versatility is on display when he’s an audiobook narrator, and if you find yourself with something read by him, get hyped.

This is an example of how a not so positive reading experience can be transformed by the person who is reading it. I tried to read a print copy of “Shadowshaper” by Daniel José Older, but just couldn’t get into it. My pickiness about fantasy strikes again. But one day I was looking at the books that were available for audio download, and saw that “Shadowshaper” was narrated by Anika Noni Rose. Given that I really like Rose, thanks to her turns in “Dreamgirls”, “The Princess and the Frog”, and “Everything, Everything”, I was intrigued to see how that would go. I was so happy with her performance, I listened to the entirety of “Shadowshaper” and am planning on going into “Shadowhouse Fall” as well. Rose has always been an expressive actress, and not only do we get her personality on the page, in “Shadowshaper” we get to hear her stellar singing voice. I truly believe that I wouldn’t have enjoyed “Shadowshaper” had it not been for her, and it just goes to show that sometimes what you need to enjoy a novel is a different reading medium.

Do you guys have any favorite audiobook narrators? Let us know who they are in the comments!

4 thoughts on “Give It a Listen: Our Favorite Audiobook Narrators”