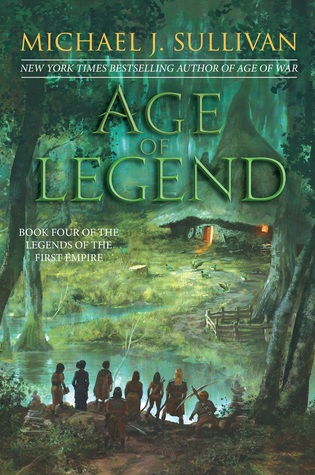 Book Description:With “Age of Myth,” “Age of Swords,” and “Age of War,” fantasy master Michael J. Sullivan riveted readers with a tale of unlikely heroes locked in a desperate battle to save mankind. After years of warfare, humanity has gained the upper hand and has pushed the Fhrey to the edge of their homeland, but no farther. Now comes the pivotal moment. Persephone’s plan to use the stalemate to seek peace is destroyed by an unexpected betrayal that threatens to hand victory to the Fhrey and leaves a dear friend in peril. Her only hope lies in the legend of a witch, a forgotten song, and a simple garden door.

Giveaway Details: I’ve been loving this series so far. It’s always great to find a new fantasy series to follow along. This series in particular has stood out due to Sullivan’s incredible work with a large ensemble cast of characters. Through the first three books, we’ve followed a handful of different characters and early work in the first book or two has paid off as characters have risen and fallen in important to each book’s unique plot.

This is technically a prequel series to Sullivan’s other works, but I haven’t read them and it doesn’t seem to be hindering my enjoyment. I’m sure for longtime fans, there are references I’m missing, but it stands well on its own.

It also stands out particularly well for its large cast of interesting female characters. Epic fantasy has come a long way since “Lord of the Rings” which, while lovely and amazing, has very few women characters and really only one notable (but awesome!) moment for any of them. Here, however, there are several including a powerful mystic, an inventor, and even the supreme leader of the human clans is a woman.

So yes, I’ve enjoyed the books so far. But this was the first one I really had to wait for and it was a trial indeed. Luckily for me, I received an ARC of this book in the mail a few months early and was able to dive in then. My full review will come out this Friday, but in the meantime, I wanted to share the love and host a giveaway for this copy! The giveaway is open to U.S. residents only and ends July 9, 2019.

4 thoughts on “Giveaway: “Age of Legend”” 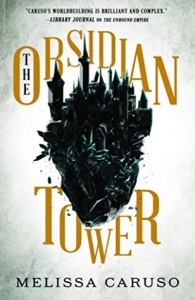