Thank you for reading our joint series review for “The Raven Cycle” by Maggie Stiefvater. As promised, here is our longer, in-depth Reader’s Advisory post for the entire series now that we have completed it. On to the picks! 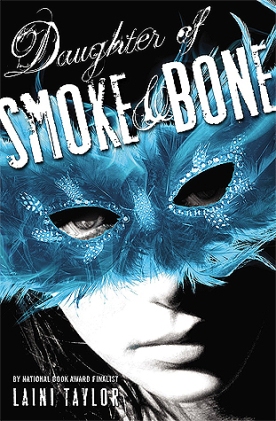 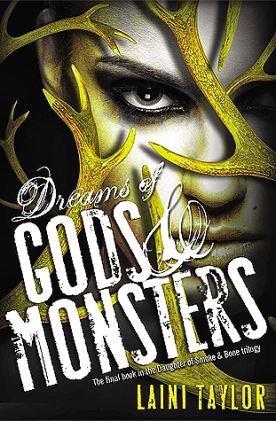 Series: “Daughter of Smoke and Bone” series by Laini Taylor

This book is right up there as one of my newer favorite young adult fantasy series. If you liked the combination of fantasy and horror that you got with the “Raven Cycle,” this series is right up your alley. Also, if you liked anything about Mary Shelley’s “Frankenstein”…don’t want to give it away, but yikes! Taylor also introduces a strong cast of characters, and while the romance is probably a stronger element in this series than it was in the “Raven Cycle,” it never overpowers what is otherwise an incredibly creative and unpredictable fantasy story.

This is one of my all time favorite fantasy novels. I wasn’t as aware of it as a teenager reading the story, but man is it dark as well! I guess there are necromancers in it, so I should have been aware as a kid, but for some reason, as an adult reader who regularly revisits this book, I’ve come to appreciate how well Nix handles the dark fantasy elements in this book. It also features a kickass heroine in Sabriel herself, a slow-burn romance that doesn’t overtake the story, and snarky cat. So, it’s pretty much the perfect book. It can also be read as a standlone, but Nix has written several sequels in the years since it was first published. I still prefer this one above all and so am only highlighting it here, but if you do read it and enjoy it, I did enjoy the others, too.

Maybe this is a cheaty answer, but I don’t care! Obviously, if you like Stiefvater’s writing for this series, you are likely to enjoy her writing in this book. Mythology in the modern day, this book is simply a beautiful imagining of an only slightly alternate world where horses can come from the sea and are as beautiful as they are dangerous. The writing is exquisite, the two main characters are sympathetic and strong, and, it’s a stand alone that leaves the reader fully satisfied. Regardless of anything else, if you love horses or books about horses, this story is perfect for you.

Series: “Locke and Key” by Joe Hill and Gabriel Rodriguez

A dark fantasy comic about family, magic, friendship, and demons, “Locke and Key” by Joe Hill (one of my favorite authors writing today) and Gabriel Rodriguez (Illustrator) is a dark and fantastical story. It follows the Locke Family, who has moved back to the childhood home of the recently murdered patriarch. Inside the house the three children, Tyler, Kinsey, and Bode, find many magical things, such as magical keys, a door that once you cross you can leave your body, and a magical crown. But there is also a demon inside the well on the property that wants the keys. The tone is both frightening and coming of age, and it is a wonderful adventure filled with action, metaphors, and heart.

The town of Bone Gap has an entertaining set of citizens, including a man who treats his chickens like they are people, a hippie lady who makes honey and honey based products, and the O’Sullivan brothers, Sean and Finn, who took in a mysterious woman named Roza. But then Roza disappeared, and Finn saw a dark and mysterious man with her whose face he cannot remember. “Bone Gap” is a story about evil beings that are seeking beautiful princesses, teenagers falling in and out of love, and a very odd town with very odd characters. I picked this because of the town Bone Gap itself, which, like Henrietta, has a feel to it that makes it feel like it’s very own character. 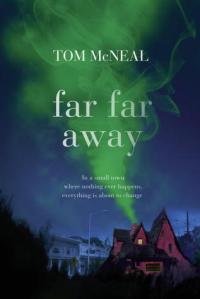 Noah Czerny is one of my favorite characters in “The Raven Cycle”, the ghost who is still walking this earth because of the magical Ley Line. “Far Far Away” deals with a ghost as well, but this ghost is a familiar one: Jacob Grimm, of the Brothers Grimm. “Far Far Away” is a story about a boy named Jeremy Johnson Johnson, whose closest confidant is Jacob, who is there to watch over him and protect him from an unknown evil. The friendship between Jacob and Jeremy is a sweet one, as is the friendship between Jeremy and a free-spirited girl named Ginger. And the horror elements of this story are also solid, involving a mysterious entity that is threatening Jeremy, taking fairy tale’s darkest points and making them even creepier.

And this wraps up our week long retrospective of “The Raven Cycle” by Maggie Stiefvater. If you have read “The Raven Boys” or any other books in the series, what books do you think are similar?