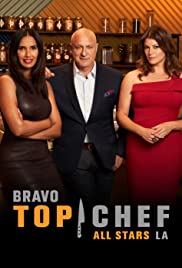 I’ve probably watched all of the seasons of “Top Chef” by now. It’s probably my favorite cooking competition show (not counting “The Great British Baking Show”) due to its low emphasis on drama between the contestants and typically high quality competitors. This season was even more fun as it was an “All Stars” season, so several of my favorites were in the mix. I had one particular favorite that ended up making it all the way to the end, though sadly not winning. But I was satisfied with who did end up winning and enjoyed the run overall. Restaurant Wars is always a fun set of episodes, and it was interesting watching a show that partly filmed in Italy that had to put up disclosures that it was filmed before Covid hit the country.

Movie: “Jumanji: Welcome to the Jungle”

Naturally, during this stressful time, I think we’re all looking for some light-hearted distractions. I’d been wanting to check out this comedy for a while, and now seemed like the perfect time. I’m pretty picky as far as my comedy movies go, but the preview for this one definitely sparked my interest. Not to mention my love for the 90s Robin Williams version. And I was super excited to see the way that that movie was drawn in and referenced here. I hadn’t been expecting it to really tie back to that movie as much as it did. I think the updates on how the game has adapted for modern kids was very intriguing, and it’s definitely one of those things that appeals even more to those who play video games themselves, like I do. The cast was fun, though Dwayne Johnson definitely stole the show. I’ll have to recommend it to my Mom since she pretty much loves anything “The Rock” does. 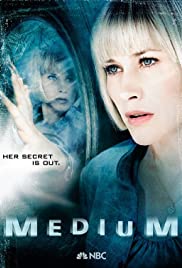 And on a darker note….I also really enjoy crime procedurals. As long as the cast is good and the mysteries intriguing enough, I’m on board to binge my way through season after season. And given how much I hate trying to find something new, the longer a show’s run, the better! So I’d been mentally saving this 7 season show for desperate times, and here they are! I’m about finished with season 2 and really enjoying it. Some of the episodes have been way darker than I had been prepared for, and those have been a bit tough to deal with. But the lovely representation of Allison’s children and loving husband are always just the right balance to the darker nature of some of the mysteries. I’ve also really liked how creative the show has been with its premise, a medium working for the police. It could have become a very tired concept pretty quickly, but so far the show has been able to keep adding fresh angles to it. 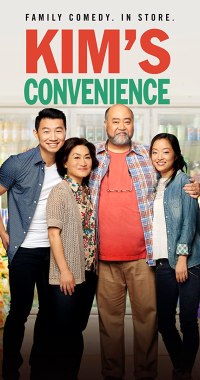 If you thought that there was only one delightful CBC comedy to watch on Netflix, do I have news for you! It was just recently that I had heard of “Kim’s Convenience”, a sitcom about a Korean-Canadian family running a convenience store in Toronto. But in need of light and cheerful content, I threw it on one day and then was immediately hooked. The Kim family are all very charming and multi layered, with Kim Sang-il and Kim Yong-mi running the store and their children, Janet and Jung, living their lives as children of immigrants who are trying to have independence from their parents. I find all of the characters sweet and endearing, even when they are sometimes making poor, or at least misguided, decisions. Overall, despite some of the mild dysfunction like many families have, the Kim family is easy to root for, and the show is both notable for taking on an immigrant story as well as the witty comedy that comes with it.

I saw the trailer for “The Lovebirds” during one of my last endeavors to the movie theater before COVID-19 sent us all inside, and I had wanted to see it. So while I was bummed that the movie theater experience wasn’t going to happen with this film, I was stoked when Netflix picked it up! Leilani and Jibran are a couple that is starting to fizzle out, and right as they break up they almost immediately hit a bicyclist… And then another man hijacks their car, and runs the bicyclist over. Now Leilani and Jibran, worried that they will be blamed for the murder, go on their own journey to find out who the bicyclist was, who the murderer was, as to try to clear their names. And what they find is a madcap set of events that had me laughing basically the whole time. Kumail Nanjiani and Issa Rae have great chemistry, both romantic and comedic, and the romantic comedy aspects and tropes are twisted about with some noire-ish tropes as well. If you want a romantic comedy with a little bit of quirkiness, this is the one to check out! 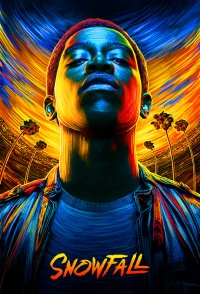 And now we ditch the light hearted content on my list for something completely different and super dark. We take a deep dive into the first big crack epidemic in the 1980s Los Angeles, and how it damaged communities, ravaged lives, and showed hypocrisy of the United States Government and its supposed War on Drugs. “Snowfall” is a crime drama created by John Singleton, director of “Boyz n the Hood”, and it follows dealers, cartels, and CIA agents and how they all play a role in the drug trade. “Snowfall” is violent and unrelenting, and also a little over the top, as some critics have pointed out, but I definitely enjoy the indictment that it is making against corrupt systems and how they fail to protect vulnerable communities, even throwing them under the bus when it suits them. “Snowfall” feels very personal when it comes to the story of Franklin, a Black teen living in South Central who deals drugs to get by, and stumbles into an opportunity to deal coke for an Israeli drug lord. Franklin is very clearly just trying to make ends meet and to keep him and his mother above water… and then he discovers a new drug that guarantees repeat business. Contrast that with the CIA dealing drugs to fund the Contras and you have a stark juxtaposition. “Snowfall” is a tough watch, but I’m hooked.

What non-book media have you enjoyed this month?