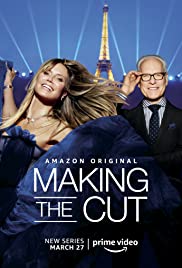 As I’ve highlighted “Project Runway” in the past, it’s clear I have a thing for reality fashion competitions. I held out for quite a while on the more recent seasons of “Project Runway” due to Heidi Klum and Tim Gunn leaving the show. But the pair left to create their own show teamed up with Amazon. Overall, I like it. But I do think that it probably released at an unfortunate time with all the C19 stuff going around. The show definitely errs towards the more expensive side of fashion and the budget is clearly over the top. It makes it all read a bit strange in the current times, but that’s hardly the shows fault. I’m not sure how I feel about all of the music choices, as well, as I often think it’s kind of distracting. But Heidi and Tim are as charming as ever, and the contestants are enjoyable. It still feels as if the show is finding its footing, so I’ll be curious to see if it’s renewed for a second season and if/how it would be tweaked for that. My main takeaway is that I now think Naomi Campbell should be a judge on ALL the fashion TV series. 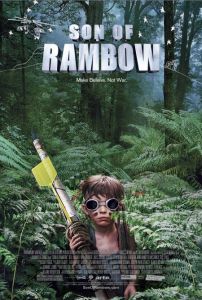 My husband suggested this movie the other night when we were browsing around trying to find something to watch. It’s been kind of tough lately as neither of us have been in the mood for anything too dark or heavy. He had watched this movie back when it came out, but I had never heard about it. It’s a very sweet, quirky British comedy about two boys growing up in the 80s and making a home movie called, obviously, “Son of Rambow.” The child actors are very good, and there’s a hilarious French kid who kind of steals the show at times. Overall, it was just the kind of heart-warming movie we both needed, and I highly recommend it as a family movie if you’re looking for something of that sort. 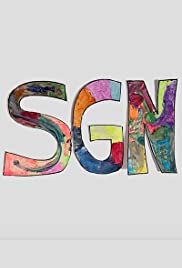 John Krasinski is charming as heck, so it’s no surprise that his web series “Some Good News” took off like wildfire. It was one of those perfect marriages of a good idea, great time, and a perfect host to pull it off. It seems a simple enough idea, but there’s no denying about appealing the idea of a show that features only happy and uplifting stories is in a time when you can barely open a web browser without being bombarded by travesty. It doesn’t hurt that Krasinski has a whole host of celebrity friends he can call upon to pop in for surprise visits. As a perennial fan of “The Office,” the few episodes that included visits from random cast members were some of my favorites. But there’s stuff in there for everyone. In fact, the show ended up being so popular that Krasinski sold it to CBS All Access where it will continue to live. We’ll see how well it holds up in that format and over time, but I’m happy enough with it even as a flash-in-the-pan event that came at just the right time. 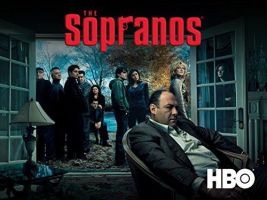 Since I have been spending more time at home due to the pandemic (though let’s be honest, with an infant at home I wasn’t really going out during the week anyway), I decided that I needed to start tackling shows that were on my TV Bucket List. The first on the list was “The Sopranos”, the show that is credited with being one of the shows that ushered in our current Golden Age of TV. For those who may not know, it follows Mafia Capo Tony Soprano as he navigates his work with the Mob, and the various dysfunctions within his family life. He does this by going into therapy to treat his anxiety attacks and depression. Is it dark? Absolutely. Is it fantastic? Also absolutely. I am glad that I am finally able to experience this show. 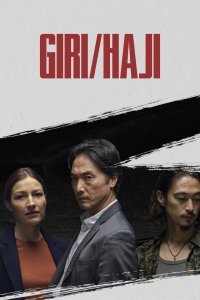 Another show that involves organized crime, but this time it’s the Yakuza, and we’re on the side of law enforcement. Kind of. Inspector Mori Kenzo, a detective in Tokyo, is dealing with the loss of his brother Yuto, who was in the Yakuza and assumed dead by his family. But when a murder of a nephew of a high ranking Yakuza officer happens in London, gang leaders tell Kenzo they think it was Yuto, and a gang war looms on the horizon. Kenzo goes to London to try and find his brother, and meets a DC named Sarah, and a sex worker named Rodney, both of whom may be able to help him. This suspenseful and gripping show really had me hooked, and the themes of family, loyalty, and duty all came together to make it all the more high stakes. 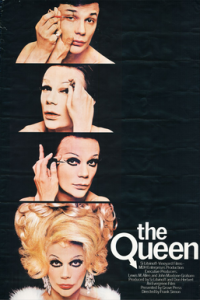 No, not the Helen Mirren one! The documentary that shed light and insight into the drag pageant world! “The Queen” follows a drag pageant in New York with a focus on the Mistress of Ceremonies, Sabrina, as she organizes it. We also get to meet and get to know some of the contestants, such as Sabrina’s protege Rachel Harlow, and the now infamous Crystal LaBeija (whose completely appropriate rant about her final placement in the pageant and the inherent racial bias in the drag scene is LEGENDARY). There are also some really interesting looks at the social lens of drag in the 1960s, and how race and gender was received as well as moments of political candor (one contestant talks about trying to enlist in the military, but being turned away for being ‘too feminine’). Honestly, I came for Crystal LaBeija, but enjoyed the entire thing.

What have you been enjoying over the last month?