Where Did I Get This Book: I own an eBook.

Book Description: In his ancient hymns, Homer tells us of the unyielding Lord of the Dead who kidnapped the innocent daughter of Demeter. He tells us quite a bit, in fact, for someone who wasn’t there.

Persephone is no tragic victim, but a kind young woman held in place by her overbearing mother. A failed scheme by Apollo leads her to a chance encounter with the humorless Hades, who is struck by love’s arrow. Now he must wrestle with his aching heart before he loses control entirely.

…Not that the infatuated Persephone has any complaints regarding Hades’ plight.

As desire blooms between the secluded goddess of the harvest and the ruler of the underworld, the world changes both above and below.

Allison Shaw, creator of comics Far to the North and Tigress Queen, drew on her passion for mythology and ear for modern dialogue to create an updated myth for a mature audience. She wished to offer to her readers a feminist and sensual take on the story, which has grown more and more popular over the years, thanks to its themes of change, rebirth and growth.

Review: Ever since I was a kid I’ve been completely taken with the Persephone and Hades myth. I’m not sure if it’s because Hades is the original Depressive Demon Nightmare Boy, or that I’ve always loved the idea of a Queen of the Dead, but their romance and (part time) joint rule of the Underworld is one of my favorite pieces of mythology. As such, I’m always looking for adaptations of it. Sadly, I haven’t really found many to my liking outside of a few children’s stories (side note, if you have recommendations, send them my way!), and it saddens me that the myth is a bit underappreciated. But that’s why I wanted to spotlight “Persephone” by Allison Shaw, because the moment I started reading I knew that I was going to really enjoy what was done to the characters that I love so much.

The story that Shaw makes takes influence from the original Greek mythologies and updates them a bit to be, shall we say, less problematic than the source material. While it’s important to remember the historical and cultural context at the heart of these stories, the idea of a guy kidnapping a woman and making her his bride doesn’t sit well anymore (even if it’s all a metaphor for growing up and leaving home for a new family AND the changing of the seasons). So Shaw makes Persephone not only the main character, but Hades conflicted about his attraction to her (thanks in part to an errant arrow from Eros) as he doesn’t think that she would be happy with him in the Underworld. Persephone, too, approaches their romance in a different way, as her infatuation slowly grows and is VERY real by the time she and Hades disappear while a domineering Demeter panics. Side note: even as a kid I thought it was strange that Demeter was SO overprotective/controlling of her grown daughter, and found it creepy that she’d stop things from growing in a blackmail effort to get her kid back; I’m glad that authors of newer adaptations are willing to point out that this, too, takes away Persephone’s agency and has it’s own toxicity about it. Their characterizations are also quite strong, and you get a sense of their motivations and personalities pretty easily. She is bubbly and optimistic and kind, and he is sarcastic and dour and a bit lonely, and the differences round each other out well. The romance is very cute as it builds, and yes, it’s also pretty damn sexy. There is a reason this book is described as ‘mature’. It transforms original moments of potential violation in the original story and turns them into moments of very intentional consent, with very, shall we say, steamy results.

Now I’m not one who reads that much romance fiction, but I know good smut when I see it, and for the most part “Persephone” has good smut. There’s one moment that seems a bit tacked on as an afterthought, but who am I to complain about love scenes within a love story, especially if they’re between one of my favorite fictional couples of all time?

There are also VERY fun references to other Greek myths and characters, from a lecherous and obnoxious Apollo being a creep to a determined Artemis taking Persephone under her wing, to a snarky Eros who is dealing with his own conflicted feelings about Psyche, and oh can we please, PLEASE get an adaptation of that one next?! IT’S MY SECOND FAVORITE GREEK MYTH!! Persephone and Hades have interactions with all of these characters and act in ways that seem totally true to how their characters would act. I do wish that the story had been longer so that we could have had even more exploration of all of these characters, but I think that it’s better to be left wanting more than to feel like a story is slogging along at a snail’s pace.

And finally, I really loved the art work and the character designs. From Persephone’s voluptuous frame to the fact that Hades has his own speech bubble type, I thought that artwork was unique and fit the tone of the story.

I greatly enjoyed what Allison Shaw did with the Hades and Persephone myth. “Persephone” was a sweet and satisfying adaptation of a myth that I have always held dear to my heart.

Rating 8: A sweet and sexy retelling of the Persephone and Hades myth, with a focus on agency, attraction, and choosing one’s own path in life no matter how it may diverge from original expectations.

“Persephone” isn’t included on any Goodreads lists, but I think it should be on “Hades and Persephone”.

You can find “Persephone” at Hivemill in both print and eBook form. It isn’t available on WorldCat, but keep an eye out should this change in the future. 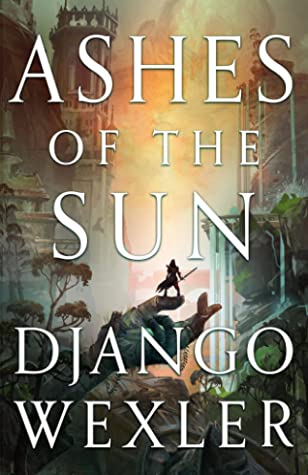